Top Posts
Colorado football coach Sanders’ unabashed faith
There’s A Light That Enters Houses With No...
Knowing the One Who Always Keeps His Word
Pregnancy Resource Centers Fight For Life Amidst Opposition
This World is Not Our Home
Lessons Learned From a Gingerbread House
Let There Be Peace on Earth
‘I Wanna Dance’ movie: Whitney Houston’s success and...
Fact Finding, Sight Seeing, and Prayer Walking
Kidney donation led to 8 life-saving surgeries
Home ANS Feature How My Life as A Fleet Street (London) Ghost Writer Helped Me To ‘Become’ Mary, The Mother Of Jesus, For My Latest Novel

How My Life as A Fleet Street (London) Ghost Writer Helped Me To ‘Become’ Mary, The Mother Of Jesus, For My Latest Novel 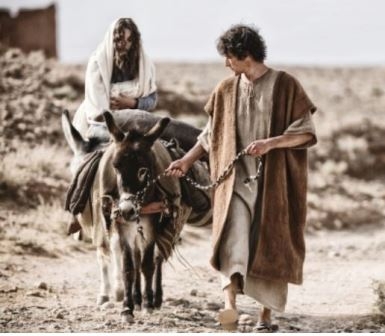 By Dan Wooding, Founder of ASSIST and the ASSIST News Service

LAKE FOREST, CA (ANS – May 18, 2015) — For several years, while working for the British tabloids, one of my jobs was to “ghost” the stories of personalities who had a powerful story to tell, and so I would go to their home or hotel room, interview them, and then write up “their” story, which would be published in the next edition of the paper.

I remember ghost writing the story of movie star, Diana Doors, at her home, who claimed to have had an affair with Elvis Presley, and also that of British comedy star, Eric Morecambe (of Morecambe and wise), who had just suffered a heart attack, which for him was no laughing matter.

There were many more that followed in quick succession, mostly of British personalities who wouldn’t be so well known in the US.

But my latest subject was completely different, as it told the story of the most famous woman in history — Mary.

It all began when Larry Nelson, a friend, called me to suggest that I might like to consider doing the story of Jesus through the eyes of Mary, his magnificent mother. Neither of us had actually seen a book written in this way, and so I literally “became” Mary.

Now, having never met Mary, I had to ask the Lord to give me special skills to tell her amazing story, as I needed giving real insights into her life with her beloved son, Jesus, from his childhood, his growing years, his ministry, his terrible death upon the cross, which she witnessed, his resurrection, and finally, his ascension to sit at the right hand of his father in heaven. 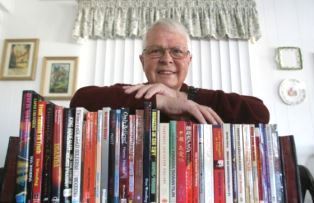 I began by imagining what is was like for this young and poor girl in love, living in Nazareth, looking forward to marriage, when suddenly your life is changed forever when you are told that you are to become the other of the greatest person in history, the Messiah – Jesus Christ, and yet you are a virgin.

I believe that this story is more relevant than ever. Called “Mary: My Story from Bethlehem to Calvary” (Tanswell Books), and is a faithful adaptation of the story of Jesus’ life told from the perspective of Mary. I have to say that writing it has been the most moving time of my life.

I started the novel envisioning what it was like to be told by the angel Gabriel, “Do not be afraid, Mary, you have found favor with God. You will be with child and give birth to a son, and you are to give him the name Jesus. He will be great and will be called the Son of the Most High. The Lord God will give him the throne of his father David, and he will reign over the house of Jacob forever; his kingdom will never end.”

As I was putting together the story, which is based on 365 Bible Scriptures, I envisaged the shock this young unmarried virgin from Nazareth must have experienced when she was told by the angel that she would bear the Savior of the world.

I imagined how would she to tell her parents and Joseph, the man she was in love with? How would the people in her village react when they eventually noticed that she was pregnant? Would they even kill her?

As my fingers flew across the keyboard of my laptop, I was transported back in time to that dangerous period for Jewish people, because of the Roman occupation, and how Joseph accepted her and they eventually went to Bethlehem, only to find that there was no room in the inn, and so they had to live in a smelly stable with the animals and where she gave birth to the baby Jesus.

The story then develops with the family escaping to Egypt from the cruel and jealous King Herod, and how, after Herod’s death, they went to Nazareth, where her brilliant son helped his father in his carpenters shop, and made quite an impression on the local Jewish leaders with his deep understanding of the Scriptures.

I felt Mary’s pain, when Jesus finally left home, after being baptized by John the Baptist in the Jordan River, and began his earthly ministry. For long periods, she would not see her son. To make matters worse, her husband had died and she tried to cope with the nagging loneliness of being alone in the world.

I had to fight back the tears, as I later “joined” Mary near the end of the story, when she watched her son staggering in agony through the streets of Jerusalem with the cross on which he would die. I joined her at Calvary as she watched in horror as he nailed to the cross, and later when she went to the place he was buried and discovered that the stone at the entrance of the tomb had been rolled away, and she was able to talk with him one more time.

His ascension soon followed, and Mary was back in her home, with the knowledge that her son’s ministry on earth had ended and he was now seated at the right hand of his Heavenly Father in Heaven.

Now the book is available and could make an excellent gift to give to a family member or a close friend who doesn’t go to church, read the Bible, but enjoys a good novel.

Already, several well-known personalities have come forward with endorsements for the book, which has received high ratings on www.Amazon.com , where you can also purchase a copy.

They include the following: 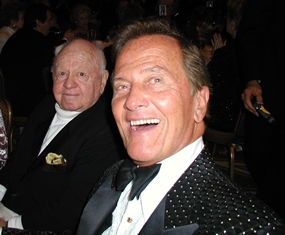 Pat Boone, veteran American singer, actor, and writer, who said: “Jesus loves his Mom. Just imagine how He loves her. I’d have been afraid to do what Dan Wooding has done so marvelously, lest I offend in some way, not just Jesus, but His mother and Father. But it’s clear to any reader that God Himself has anointed Dan to help us know his beloved earth Mother so personally. This is a true revelation!”

Jerry B. Jenkins, co-author with Tim LaHaye of the hit “Left Behind” book series, and also a biographer, and owner of the Christian Writers Guild, wrote, “Dan Wooding has applied his considerable, lifetime writing skills to the greatest story ever told, and from the perspective of the most sympathetic character. ‘Mary / My Story’ is an obvious don’t miss. So don’t miss it.”

Larry Nelson, J.D., Pepperdine University School of Law, who, as I mentioned previously, first came up with the idea for the book, said: “Dan Wooding has written a wonderful, new version of the greatest story ever told. His novel, through the eyes of a young woman, is the perfect gift for every teenager who wants his or her friends to know the story of Jesus. College students will want to give it to their parents, and parents will want to give it to their college students. You will be glad you read this story. I love it.” 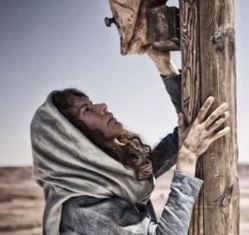 And finally, Roma Downey, producer and actress, who portrayed Mary in the “Son of God” hit movie and is the co-producer with her husband, Mark Burnett, for the “A.D. The Story Continues,” a ten-part series, said, “Dan Wooding has a new book, ‘Mary: My Story from Bethlehem to Calvary.’ It is the story of Jesus as seen through his Mother’s eyes. This is the perfect book to share with others as a simple way to be remind them that Jesus is truly the ‘Son of God’ and why his extraordinary mother was described by God as being ‘highly favored’ among women.”

My hope is that this book will inspire many, particularly young women, who will identify with Mary, and I believe it will be a wonderful way of getting inside the mind of the cherished mother of Jesus. It was certainly a great privilege to “become” Mary, the mother of the greatest person in history, Jesus Christ.

To find out more, or to order a copy (for yourself) or as a gift, just go to: http://marythebook.com/ . There you can read all of the endorsements and also watch a video made by my son, Peter Wooding, about why I wrote the novel.

Please feel free share these details of this unique book with your friends, so they too can read in it. I can promise that they will never be the same once they have done so.

Note to the Media: If you like to interview me about the novel, please contact me by e-mail at tanswellbooks@aol.com  with details of your media outlet, and I will get back to you.

Photo captions: 1) Book cover designed by John Shaffer. 2) Dan Wooding with some of his 45 books (OC Register). 3) Dan’s wife Norma, holding the first edition of the book. 4) Pat Boone (right) with Mickey Rooney at a Movieguide gala (Photo: Dan Wooding). 5) Roma Downey, Mary at the foot of the Cross in Son of God movie.

About writer: Dan Wooding, 74, is an award-winning international journalist who was born in Nigeria of British missionary parents, and is now living in Southern California with his wife Norma, to whom he has been married for nearly 52 years. They have two sons, Andrew and Peter, and six grandchildren who all live in the UK. Dan is the founder and international director of ASSIST (Aid to Special Saints in Strategic Times) and the ASSIST News Service (ANS) and he hosts the weekly “Front Page Radio” show on the KWVE Radio Network in Southern California and which is also carried throughout the United States and around the world, and also “His Channel Live,” a TV show beamed to 192 countries.

Note: If you would like to help support the ASSIST News Service, please go to www.assistnews.net and click on the DONATE button to make you tax-deductable gift (in the US), which will help us continue to bring you these important stories.