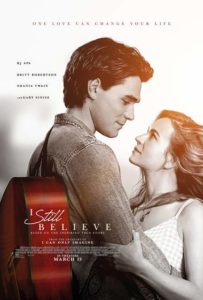 ORLANDO, FL (ANS)  In the mood for a touching love story?  One with romance, challenges, and hope abounding?  Popular singer Jeremy Camp’s story could be just what you’re looking for.  You may laugh…and cry, too.

Seventeen.com, the popular teen website, ranked I Still Believe number one among its seven most romantic 2020 movies.  Other accolades pour in.   It will open early in IMAX theaters. 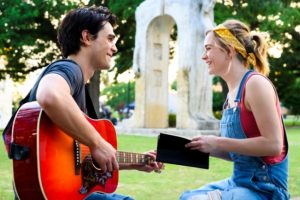 Budding singer Jeremy Camp traveled from Indiana to Southern California to attend college and pursue his dreams.  A talented football player, he eventually realized music was his real passion, as he relates in his book, I Still Believe.

In a college setting, Jeremy met Melissa Henning and wanted to know her deeply.  “Melissa was amazing,” he recalls.  “She was just a very happy person—a very joyous person.”

Barely a month into their relationship, Jeremy felt compelled to use the “L” word.  Melissa appeared shocked and told him she was not ready for the depth of commitment that reciprocating “I love you” would require.  “Embarrassed and devastated,” Jeremy was sure he had torpedoed this relationship for good.  She soon broke up with him. 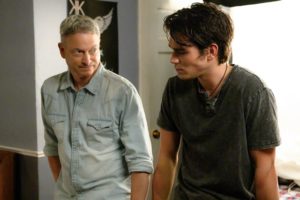 Breakin’ up is hard to do

Ever the sage, Jeremy recalls, “I did what any other mature young man being dumped by the woman of his dreams would do: I cried like a baby and called my mother.”

A surprise medical diagnosis focused Melissa and Jeremy on life’s hard realities.  It tested and strengthened their faith and drew them closer together.  Melissa came to realize she loved Jeremy, too.  Their journey included the altar, hospitals and more.  The challenges they faced became the heart of this story.

I’ll let you see this delightful film to fill in the blanks beyond the studio’s advance clues available in trailers and endorsements: Jeremy’s and Melissa’s love story involves marriage, serious illness, mourning, and more.

Dedicated to one I loved… 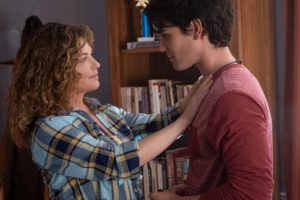 Viewers no doubt will have a variety of reasons for connecting with I Still Believe: the playful interplay of budding love; the inspiring music and faith; grappling with hard realities.  Personally, I resonated with all this.  Probably one of my own love stories is the reason.

In 2000, I married Meg Korpi.  She was brilliant, godly, gorgeous, and great fun.  We traveled, laughed, loved, and learned together, collaborating in writing and founding a nonprofit aiming to help influence a billion people with important life principles.  In late 2012, her stage 3 ovarian cancer diagnosis interrupted life.  Chemotherapy, medical visits, good news and discouraging news became our oscillating life pattern until her 2016 death. 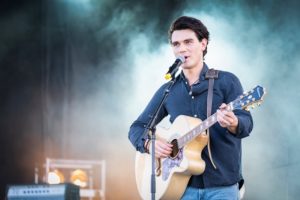 I’m indebted in many ways to my Jewish friends and their heritage for lessons that helped me land on my feet through this tragedy.  One ancient Hebrew book describes Job, who, despite his slew of troubles, affirmed, “I know that my Redeemer lives.”  That gave him hope.

Meg and I both believed our redeemer – Jesus – lives, since evidence indicates he rose from the dead to give new life.  His promises convinced us we’d see each other again, and that all who accept his free gift of forgiveness can know they’ll spend eternity with him.

Jeremy’s and Melissa’s faith convinced them their God was with them even when it hurts.  Seeing how they handled their challenges might lift your day.  Maybe even your life.