Top Posts
Colorado football coach Sanders’ unabashed faith
There’s A Light That Enters Houses With No...
Knowing the One Who Always Keeps His Word
Pregnancy Resource Centers Fight For Life Amidst Opposition
This World is Not Our Home
Lessons Learned From a Gingerbread House
Let There Be Peace on Earth
‘I Wanna Dance’ movie: Whitney Houston’s success and...
Fact Finding, Sight Seeing, and Prayer Walking
Kidney donation led to 8 life-saving surgeries
Home ANS Reports Is This The True Face(Book) Of Labour? 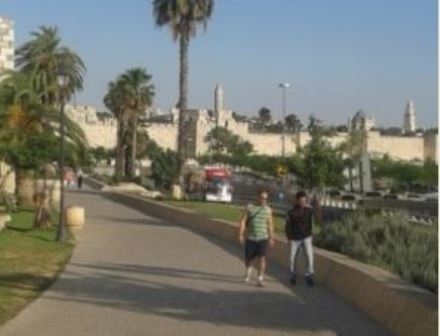 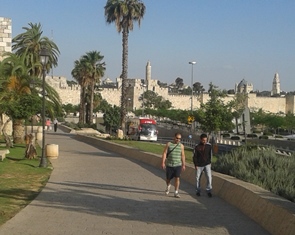 Screenshots obtained by the UK’s Campaign Against Anti-Semitism (CAA) reportedly cite historic involvement of Mr. Corbyn and other party members – as well as a BBC reporter – in a secret Facebook group trafficking Jewish conspiracy theories, Holocaust denial and the like.1

They allegedly show Corbyn participating “right up until his first weeks as leader of the Labour Party,” the CAA claimed.

Labour are said to be investigating the allegations, which include group discussions on conspiracies about Israeli involvement in the 9/11 terror attacks on New York and members using terms such as “JewNazi” along with a comment that ‘[I] am reading Mein Kampf [by Adolf Hitler] …everybody should be forced to read it, especially Jews who have their own agenda as to why they were not liked,’ the Jewish Press reported.

During last year’s snap General Election, some sections of the media accused Christian candidates of being “not fit for office” because of their traditional views on sexual ethics and the unborn.

Well, if Mr Corbyn and his colleagues were indeed members of this odious group, they too are surely not fit for office – certainly not that of Leader of Her Majesty’s Opposition!

This latest shocking revelation only serves to emphasise how the squabbling Tories2 urgently need to get their act together and line up squarely behind Theresa May. Or else, never mind Brexit – hard, soft, or none at all – Britain could find themselves undoing all the sacrifices made in two world wars by allowing something too close to Nazism for comfort to flourish on our own shores.

There’s no doubt that many have become hypnotised by the inexplicable magnetism of Labour’s hard left leader who has already come dangerously close to power despite negative press coverage linked with anti-Semitism such as his reference to terror groups Hamas and Hezbollah as ‘friends’.

London Mayor Ken Livingstone was handed a year’s ban from the party last April, which has now been extended indefinitely, after claiming Hitler supported Zionism before he went “mad.”

The new claims emerged only days after a separate row over anti-Semitism begged yet more questions of the Labour Party. These revolve around tweets by a key Corbyn aide that Israel was guilty of “genocide.”3 Joss MacDonald, a Labour Party speech writer, has also branded Israel an “apartheid” state, insisting people excuse its behaviour ‘because of the Holocaust’, according to a tweet he posted in the aftermath of the 2014 conflict with Gaza.4

And yet, ironically, Labour is also currently under fire for receiving £540,000 from Formula One tycoon Max Mosley who is said to have done much to keep apartheid South Africa on the world motor-racing circuit at the time of the global sporting ban on the then white-led nation.5

Tory MP Andrew Percy, who is Jewish, said MacDonald’s “disgusting slur” (accusing Israel of genocide) shows yet again that Labour have “a systematic problem with anti-Semitic racism”. And there is an urgent need for that problem to be addressed, he added.

As I’ve already intimated in earlier posts, British politicians are once again in danger of being side-tracked by issues – including Brexit – that blur our focus on the bigger picture.

In God’s eyes, according to the Bible, Jerusalem is the very centre of his attention. The prophet Ezekiel records: “This is Jerusalem, which I have set in the centre of the nations, with countries all around her.” (Ezek 5.5) Apparently the Hebrew for Zion (another name for Jerusalem) suggests something that is ‘marked’. In other words, it is the focus of God’s attention, the most important city on earth. This is why it has been fought over so much through the centuries; it’s centre-stage for the great battle between God and his enemies, and it could all erupt into a global conflict before too long.

Already, there is much talk of a possible war looming between Israel and Iran (along with its Russian-backed proxies Hamas and Hezbollah). In light of such a dark shadow, there is surely an urgent need to hone and clarify our relationship with the Jewish state. We need to get used to the idea that Europe is not our future. But a strong relationship with Israel and the United States would most definitely be in our interest – certainly promising hope and blessing.

Speaking of Israel, the prophet Isaiah warns: “For the nation or kingdom that will not serve you will perish; it will be utterly ruined.” (Isa 60.12) We can surely take comfort from God’s Word, promising blessing to those who bless Israel, and cursing on those who don’t. (Genesis 12.3, Numbers 24.9)

I am encouraged to hear that, thanks to the vision of a giant sword being planted in the ground in Parliament Square given to a lady vicar from London’s Notting Hill, plans are in hand to read the Bible (the sword of the Spirit – Ephesians 6.17) outside Parliament each day this year.4 We need to get back to the Bible, on which our great country was built.

Battered and bruised by social disintegration as values based on our Judaeo-Christian legacy are recklessly jettisoned, Britain could sure do with some blessing rather than the curse that would inevitably follow lack of comfort for the people who gave us the Bible, Jesus and indeed Western civilization itself.

It’s time to choose whose side we’re on!

2The ruling Conservatives, who only have an overall majority thanks to the support of Northern Ireland’s Democratic Unionist Party.