Top Posts
Knowing the One Who Always Keeps His Word
Pregnancy Resource Centers Fight For Life Amidst Opposition
This World is Not Our Home
Lessons Learned From a Gingerbread House
Let There Be Peace on Earth
‘I Wanna Dance’ movie: Whitney Houston’s success and...
Fact Finding, Sight Seeing, and Prayer Walking
Kidney donation led to 8 life-saving surgeries
The Power of Curiosity
When Love Came Down at Christmas
Home ANS Reports Israel assisting Mozambique following Cyclone Idai 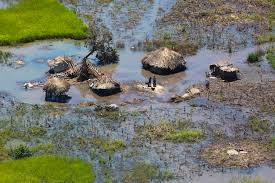 Cyclone Idai is the strongest cyclone to hit Africa, affecting Malawi, Mozambique and Zimbabwe with floods and heavy rains. Hundreds were killed and more than 160,000 people in Mozambique are currently displaced.

Behold Israel www.beholdisrael.org says IsraAID, as with the majority of humanitarian crises around the globe, acted as a first responder, sending relief, aid and a psychological support delegation right after the cyclone hit.

IsraAID confirmed it deployed “an Emergency Response Team to the affected area to distribute relief supplies, deliver Psychological First Aid, and assess local needs for safe water and psychosocial support.” The organization is centered on first response to ensure “immediate response to emergency humanitarian crises as they occur, whenever and wherever.”

On Monday, IsraAID announced it was sending a leading doctor to assist with the over 1,000 reported cases of cholera, Prof. Eli Schwartz, a leading infectious disease specialist. They confirmed on Monday, “The IsraAID medical team is working at the newly-established emergency cholera clinic, as well as assisting in the main hospital and field hospital in Beira, in coordination with the Ministry of Health.”

The delegations are currently focused on trauma and psychological support, as well as teaching on water hygiene and supplying the Israeli NUF filtration system. It confirmed that IsraAID’s “Water, Sanitation and Hygiene team will continue to operate the NUF, and distribute water filters and hygiene kits in accommodation centers and communities around Sofala province.”

Israel was a first responder following the collapse of the Brumadinho dam in Brazil in January. Brazil’s President Jair Bolsonaro, who is currently in Israel, visited the Israel Defense Forces Homefront Command to personally thank them for assisting his country during the humanitarian crisis.