Top Posts
Knowing the One Who Always Keeps His Word
Pregnancy Resource Centers Fight For Life Amidst Opposition
This World is Not Our Home
Lessons Learned From a Gingerbread House
Let There Be Peace on Earth
‘I Wanna Dance’ movie: Whitney Houston’s success and...
Fact Finding, Sight Seeing, and Prayer Walking
Kidney donation led to 8 life-saving surgeries
The Power of Curiosity
When Love Came Down at Christmas
Home ANS Feature It Only Takes a Spark 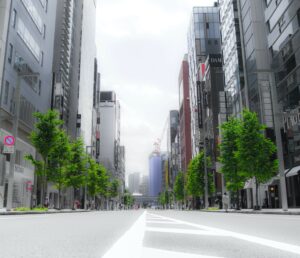 Houston, TX (ANS) – In Washington D.C. in 1985, after attending a White House briefing, a friend and I were waiting for a taxi in front of the Old Executive Office Building. It was raining and a kind lady nearby offered to share her umbrella with us.  While we waited together for the taxi, I engaged the lady in conversation.  I asked her a few questions and shared the gospel with her.  She was very open and we had prayer together, and she confessed her faith in Jesus.  The whole encounter took less than about ten minutes.

Not realizing it at the time, but that experience had a profound impact on my friend Brian.  It inspired him to become more intentional and proactive about sharing the gospel.  A few years ago Brian and I reconnected and he told me that he has continued to share his faith on a regular basis.  He said that, on average, he had seen two or three people a week respond to the Lord and confess their faith in Christ.  Brian is a great example of how the Lord honors His Word as we sow it into the lives of others.  It is also an example of the value of mentoring and modeling our walk with the Lord. One author has referred to the power of our unconscious influence on others. 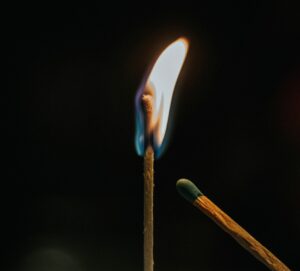 The Spark that Ignites

During the “Jesus Movement” of the 1970s, there was a phrase in a popular song, “It Only Takes a Spark to Get a Fire Going.”  The actual title of the song was “Pass It On” by composer Kurt Kaiser.  Many students and young people were ignited with great passion during those days for sharing the Gospel on college and university campuses around the country. In fact, that song has had impact around the world.  In 2015, while conducting an Orality Training for pastors in Zimbabwe, I happened to mention that song.  One of the pastors spontaneously begin singing the song, and others new the words and joined in.  The first verse of that song goes like this:

It only takes a spark to get a fire going

And soon all those around, can warm up in its glowing

That’s how it is with God’s love

Once you’ve experienced it, you spread His love to everyone

You want to pass it on

In my own journey, I have experienced how influencing one person, moved by the Holy Spirit, can get a passion and become activated in sharing and introducing others to Christ.  Only the Lord knows the multiplying impact one transformed life can have on many others over time. 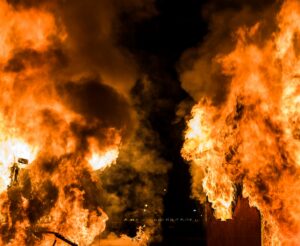 Think about what it takes to ignite a movement, to build a business, or grow a church or organization. What are the principles that enable each of us, as followers of Jesus, to make the greatest possible contribution to advancing the Kingdom of God?  These are important questions to ponder, and I suggest there are some simple and understandable answers. The parables of mustard seed and yeast that Jesus talked about are examples of Kingdom principles, that can become catalysts to start movements that change the world.  From these parables, we learn that little things can have major impact. Examples in the New Testament would be the Samaritan Woman at the Well, the demon-possessed Gerasene, and Phillip’s encounter with the Ethiopian eunuch. These show how God can use one person to impact a community, a region or even an entire nation.

From Streams, to Rivers

In the natural realm, think of the fact that every major river starts with a small stream.  A small snowball can cause an avalanche.  A seed is the beginning of a tree that produces much fruit.  Consider how many major corporations started out in someone’s kitchen or garage.  Megachurches, as well as major church planting/disciple making movements, have started in living rooms, storefronts and under trees. 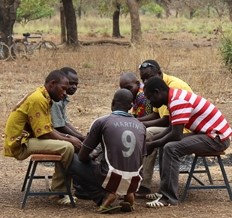 Storytelling is Spreading the Gospel

From Conversations, to Movements

It was in the 1970s and ‘80s that a few missionaries and church leaders became interested and began discussing Orality, Oral Cultures and how to reach Oral Learners.  It was from those seemingly insignificant and obscure conversations during that period, and later at Amsterdam 2,000, with the formation of the Oral Bible Task Force, in collaboration with the Lausanne Movement, that resulted in the formation of the International Orality Network.

Increasing numbers of mission and ministry leaders, pastors and church leaders, business professionals and ordinary followers of Jesus are now paying attention to the Orality Movement.  There are those who are saying that the concepts, principles and practices of Orality could revolutionize the ways that the Church/Mission World communicates the gospel and makes disciples.  Understanding the principles of small, simple and reproducible are key factors that can enhance our potential for witness and impact for advancing the Kingdom of God.  It’s important to think of having a multiplying effect. Consider — from seed to fruit, from stream to river, from snowball to avalanche.

Living Water International is another example of how small beginnings can grow to something big.  Beginning with a mission trip from Houston to East Africa in 1990, LWI is now considered by many to be the world’s leading Great Commission water solutions organization.  More that 21,000 water projects have been completed and millions impacted since its founding. 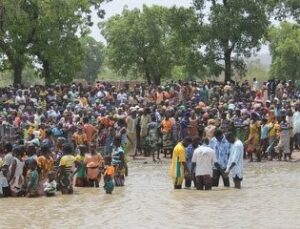 Baptisms in West Africa, Among an Oral People Group

The Glory of God, Covering the Earth

Those Kingdom principles being worked out in many ways around the world. We can all be a part of this historic move of God in advancing His Kingdom here on earth and the realization of the prophecy of Habakkuk 2:14, “For the earth will be filled with the knowledge of the glory of the Lord, as the waters cover the sea.”

Scripture tells us that God is no respecter of persons.  We often say, “He is an equal opportunity employer.”  We can all get in on what He is doing in redeeming His creation.  We can all sow the Good Seed of His Word and experience the multiplying impact of His Kingdom principles.  Each of us can be a spark that ignites a fire of the love and grace of God that spreads to many others.