Top Posts
Colorado football coach Sanders’ unabashed faith
There’s A Light That Enters Houses With No...
Knowing the One Who Always Keeps His Word
Pregnancy Resource Centers Fight For Life Amidst Opposition
This World is Not Our Home
Lessons Learned From a Gingerbread House
Let There Be Peace on Earth
‘I Wanna Dance’ movie: Whitney Houston’s success and...
Fact Finding, Sight Seeing, and Prayer Walking
Kidney donation led to 8 life-saving surgeries
Home ANS Reports Jewish girl watched the birth of Israel, was disowned by her family after she found Jesus

Jewish girl watched the birth of Israel, was disowned by her family after she found Jesus 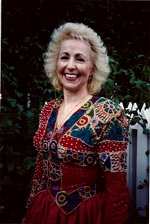 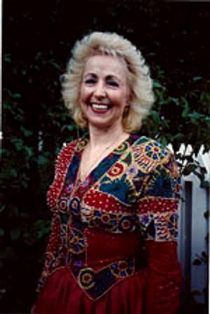 JERUSALEM, ISRAEL (ANS – January 19, 2018) — She was born in Jerusalem when it was still under the British mandate. As a child, she witnessed the birth of the modern state of Israel on May 14, 1948. But the birth was not without labor pains, and her personal travail continued after she found the Jewish Messiah following a move to the United States.

“I came from a very Jewish Orthodox home,” says Eve Szternlicht Cohen Ellingwood. “My parents were lucky to be there from Poland so as not to be killed in the Holocaust. The family that stayed behind were killed.”

Following World War II, hundreds of thousands of Jewish Holocaust survivors and refugees sought a new life in Palestine, which provoked conflict with the existing Palestinian Arab population. In 1947, the British announced they would withdraw from Palestine, frustrated in their attempt to resolve the immigration crisis in a way acceptable to both Arabs and Jews.

“When the British left the Arabs attacked Israel,” Eve recounts. “We were in Jerusalem during the siege. There was no food or water. If you saw an egg it was a miracle. We had curfew at 6 pm. They kept shooting at our building.”

During the Palestine war, local Arab forces took control of the hills overlooking the road to Jerusalem – the only link to the coast. Soon there were shortages of food, water, fuel and medicine.

Volunteers constructed a makeshift bypass route known as the Burma Road (named after the Chinese Burma Road), which brought relief to a desperate population.

“I will never forget at seven-years-old, a caravan of 400 trucks broke through on Shavuot (Pentecost) at 7 a.m. to bring us food. I went running…there were people singing on the rooftops they were so happy it was happening. If this caravan had not come to Jerusalem when it did we would have all starved within a week,” she recalls. 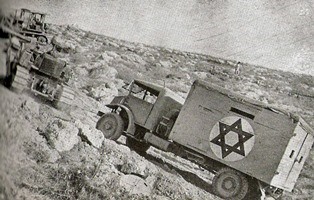 Eve was in Tel Aviv when independence was declared. “Everybody was dancing in the street. They did the hora (dance) until six or seven in the morning. Everyone was dancing, singing, and laughing.”

She finished ninth grade in Israel, then moved to the U.S. with her family. Eve received a scholarship to UCLA and met her husband, Howard Cohen, there.

Following her graduation, she became engaged and was also accepted to Loyola Law School.

“I believe you marry and stay home with the kids, but my mother wanted me to get an education. I didn’t pass the bar right away because I had a baby at the time.”

In her growing legal practice, she was also very active in politics, eventually working on the Nixon, Goldwater, and Reagan campaigns. As her career advanced, she received an offer to become an administrative law judge.

In her judicial position, she traveled throughout much of California. On one of those trips in 1972, two men witnessed to her about Jesus.

“No way, no how!” she told the men emphatically. “Not only am I a Jew, I was born in Jerusalem and I can’t go against my parents like that.”

Photo captions: 1) Eve Cohen Ellingwood. 2) A tractor hauls a supply truck over a steep section of the Burma Road in Jerusalem. 3) Mark Ellis with ANS founder, Dan Wooding, on the Windows on the World TV show. 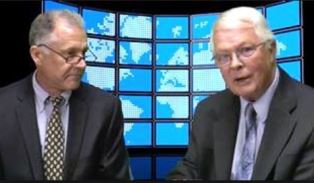