Top Posts
When Love Came Down at Christmas
A Walk of Faith Begins with a Step...
God is Rich in Mercy
Everyone has a Story to Share
‘Till’ movie: Racial murder helped spark civil rights...
Leaning His Head On Jesus, This Evangelist Hears...
Timing, common ground, and fruitfulness in witness
Step Out of the Traffic
In Support of Ukraine
Living an Imperfect, Unfinished Life
Home ANS Feature Keith Getty Receives British Award 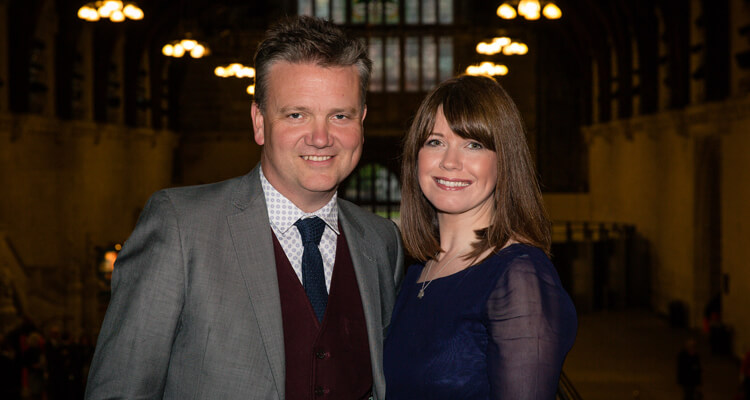 EDINBURGH, UK — Keith Getty, the hymn writer and author of the worldwide hymn “In Christ Alone” received from Her Majesty Queen Elizabeth II the insignia commemorating the Officer of the Order of the British Empire (OBE).

This was the first time the award was made to a songwriter / hymn-writer involved with contemporary church music.

The Getty’s have moved to the USA where they enjoy immense popularity re-introducing hymn singing to American congregations. Their hymns are often written together with Stuart Townend and include the world famous “In Christ Alone.” An estimated 100 million people are singing Getty hymns in church services each year.

Assist News founder Dan Wooding has interviewed Keith Getty on different occasions including just prior to them receiving their award presented personally by the Queen. The Gettys are recognized around the world with millions of people singing their many songs.

Their music is sung in 100-plus countries and they have performed for American Public Television as well as regularly for the BBC. They travel and do concerts and tours with their band of Irish and American musicians throughout the year. At Christmas, they perform at notable venues including Carnegie Hall, The Kennedy Center, and London’s Royal Albert Hall.

Keith Getty shared that, “I am grateful to my wife Kristyn, and also so very thankful to Stuart Townend for his hymn writing partnership. Kristyn and I are so privileged to serve the church in this way.” Last year, the Getty’s first book, “Sing! How Worship Transforms Your Life, Family, and Church,” was published by B&H Publishing Group to the critical acclaim of readers and media alike. The Getty’s second annual Getty Music Worship Conference: Sing! will be hosted in Nashville, Tenn., Sept. 10-12, and it is anticipated there will be 7,500 attendees from around the world.

About Keith Getty and Kristyn: The Gettys occupy a unique space in the world of music today as preeminent modern hymn writers. In re-inventing the traditional hymn form, they are creating and cultivating a catalog of songs teaching Christian doctrine and crossing the genres of traditional, classical, folk and contemporary composition which are sung the world over.

Lee Strobel – The Case for Christ