Top Posts
Knowing the One Who Always Keeps His Word
Pregnancy Resource Centers Fight For Life Amidst Opposition
This World is Not Our Home
Lessons Learned From a Gingerbread House
Let There Be Peace on Earth
‘I Wanna Dance’ movie: Whitney Houston’s success and...
Fact Finding, Sight Seeing, and Prayer Walking
Kidney donation led to 8 life-saving surgeries
The Power of Curiosity
When Love Came Down at Christmas
Home World MissionsPersecution Korean Pastor Stabbed to Death in Turkey

TURKEY (ANS) — A church leader from South Korea was stabbed to death on Friday, November 22, 2019 in Southeast Turkey.

Christian Solidarity Worldwide (CSW) reports Pastor Jinwook Kim had been living in Turkey for the last 5 years, and moved to Diyarbakir city last year, where he led a small congregation. 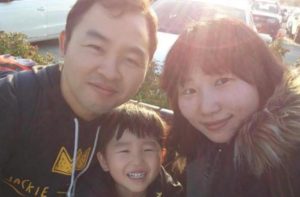 Jinwook Kim, 41, was stabbed in Turkey

CSW said a 16-year-old male has been arrested in connection with Pastor Kim’s murder. The motive for the killing is thought to have been robbery, as the pastor’s telephone was missing.  However, several local sources have suggested he was targeted because of his faith. Pastor Kim’s pregnant wife is due to give birth in the next few days; they also have a 4-year-old son.

The situation for Turkey’s small Christian community has become increasingly precarious, particularly following the foiled coup of 2016. Recent years have seen an increase in animosity, hate speech and anti-Christian sentiments. In October 2019 billboards encouraging Muslims not to befriend Jews and Christians were erected in the conservative city of Konya, sparking outrage and condemnation by rights groups both inside and outside Turkey.

For several in the Christian community the murder of Pastor Kim is uncomfortably reminiscent of the 2007 torture murders of three Christians at the Zirve publishing house in the city of Malatya by five young men, who were apprehended as they fled the scene of the crime. All five eventually received three aggravated life sentences each for premeditated murder in 2016.

CSW’s Chief Executive Mervyn Thomas said: “We extend our heartfelt condolences to the family, congregation and loved ones of Pastor Kim. We urge the Turkish government to fully investigate this murder, and hold those found to have been involved in it accountable.

“The government must also crack down on hate speech targeting Christians and other religious minorities, as it facilitates an atmosphere in which these communities are at increased risk. We call on the international community to press the Turkish government to end all forms of discrimination against religious minorities, and respect its constitutional obligations to protect and respect the rights of all citizens regardless of their religious affiliation or ethnic background.”

CSW is a human rights organisation specialising in freedom of religion or belief.  We work on over 20 countries across Asia, Africa, the Middle East and Latin America. www.csw.org.uk

Where are Your Steps Leading?