Top Posts
Knowing the One Who Always Keeps His Word
Pregnancy Resource Centers Fight For Life Amidst Opposition
This World is Not Our Home
Lessons Learned From a Gingerbread House
Let There Be Peace on Earth
‘I Wanna Dance’ movie: Whitney Houston’s success and...
Fact Finding, Sight Seeing, and Prayer Walking
Kidney donation led to 8 life-saving surgeries
The Power of Curiosity
When Love Came Down at Christmas
Home ANS Feature Listening for God’s Voice 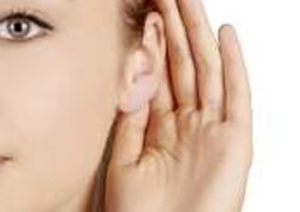 The Lord called Samuel a third time; he got up, went to Eli, and said, “You called me, and here I am.” Then Eli realized that it was the Lord who was calling the boy, so he said to him, “Go back to bed; and if he calls you again, say, ‘Speak, Lord, your servant is listening.’” So Samuel went back to bed. The Lord came and stood there, and called as he had before, “Samuel! Samuel!” Samuel answered, “Speak; your servant is listening”—1 Samuel 3:8-10(GNT).

Making a point in a recent sermon, our pastor said, “Our listening to God’s voice is the beginning of faithfulness.”

The topic of the day’s sermon came from 1 Samuel. Hannah, Samuel’s mother, had been unable to conceive until she prayed to the Lord, asking for a son, and vowing to give him to the Lord for all the days of his life (1 Samuel 1:10-11). The Lord, listening to Hannah’s plea, answered her prayer.

Hannah conceived and then followed through on her promise. After Samuel was weaned, she went to the house of the Lord and presented him to Eli, the high priest at Shiloh, saying, “Pardon me, my lord. As surely as you live, I am the woman who stood here beside you praying to the Lord. I prayed for this child, and the Lord has granted me what I asked of him. So now I give him to the Lord. For his whole life he will be given over to the Lord.”

Your Servant is Listening

As young Samuel grew, and under Eli’s guidance, he began to minister to people. 1 Samuel 3:1 tells us that “… Samuel ministered before the Lord under Eli. In those days the word of the Lord was rare; there were not many visions.”

However, one night, after the two had retired for the night, God spoke to Samuel. It took three times before Eli realized that Samuel was hearing from God (1 Samuel 3:8-10).

After Eli realized it was the Lord speaking to the young man, he told Samuel, “Go back to bed; and if he calls you again, say, ‘Speak, Lord, your servant is listening.’”

The Lord was with Samuel throughout his life. Eventually, all of Israel recognized him as a prophet. But the people of Israel turned away from God and began worshipping pagan deities. When Samuel warned them to return to the one true God, they didn’t listen. Even Samuel’s own sons did not follow their father’s ways.

When the Israelites came to Samuel demanding he appoint a king to lead them, “such as all the other nations have,” he prayed to the Lord and listened when He replied, “Listen to all that the people are saying to you; it is not you they have rejected, but they have rejected me as their king” (1 Samuel 8:7).

Even though they were warned, the Israelites still demanded a king. They weren’t listening. Once Saul was crowned king, the people of Israel were appeased. And, at first, Saul attempted to reign successfully. However, the king didn’t always use common sense, impulsively taking matters into his own hands. He didn’t consult Samuel, God’s chosen prophet.

Saul made a lot of poor choices during his reign. He wasn’t listening to Samuel’s wise words, so God withdrew His blessings from King Saul.

The Israelites had refused to listen, too. They got a king, so they could be like other nations, but Saul’s reign became a miserable tale of “losing it.” Their wish had been granted, but they had to live with the consequences.

Oh, those consequences. We reap what we sow, don’t we?

How often do we ignore that still, small voice? Do we listen and still insist on doing it our way? Are we more like Saul and the Israelites than we want to admit?

If we insist on having our way, we get it wrong. I’ve been there, done that. It didn’t work out for me when I ignored God’s voice. Can you imagine God just shaking His head and thinking, “When will you people give up your stubborn will?”

If we want God’s perfect will for our lives, we must listen and then obey. Like Samuel, we must be still and say, “Speak, Lord, your servant is listening.”

Thousands of persecuted Christians hungry and desperate around the world