Top Posts
Knowing the One Who Always Keeps His Word
Pregnancy Resource Centers Fight For Life Amidst Opposition
This World is Not Our Home
Lessons Learned From a Gingerbread House
Let There Be Peace on Earth
‘I Wanna Dance’ movie: Whitney Houston’s success and...
Fact Finding, Sight Seeing, and Prayer Walking
Kidney donation led to 8 life-saving surgeries
The Power of Curiosity
When Love Came Down at Christmas
Home ANS Feature Manmin Central Church Performs Crystal Music 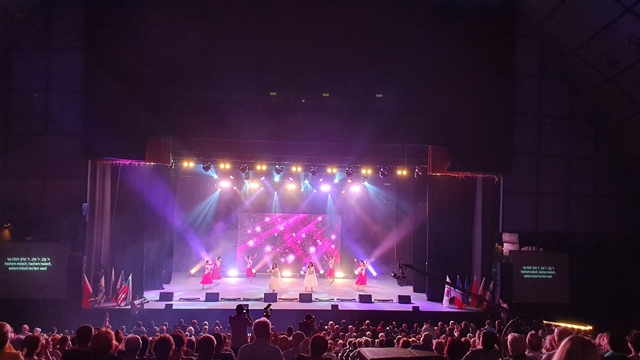 Manmin Central Church Performed at Crystal Music 2019 Israel. Many attendees said it was like “heaven on earth”.

The event drew about 1,200 attendees at which the Vice Mayor of Haifa and the Belarussian Ambassador to Israel, Andre Sadovsky, gave messages of greeting.

Pastor Soojin Lee of our church in Seoul sent a video greeting in which she gave thanks for the ministry of the Crystal Forum and the Helping Hand Coalition, and she also gave all glory to God through the music festival every year.

The teams from the Manmin church performed Israeli traditional dances and sang in Hebrew, Russian, and English. Some of the attendees said they felt like it was heaven on earth, and their strength was renewed and their spirit, consoled.

There were also performances by a famous Israeli gospel singer, Joshua Aaron, and performers from various Israeli churches. It was an international event attended by people from Russia, Ukraine, Latvia, D.R. Congo, and Ghana.