Top Posts
Knowing the One Who Always Keeps His Word
Pregnancy Resource Centers Fight For Life Amidst Opposition
This World is Not Our Home
Lessons Learned From a Gingerbread House
Let There Be Peace on Earth
‘I Wanna Dance’ movie: Whitney Houston’s success and...
Fact Finding, Sight Seeing, and Prayer Walking
Kidney donation led to 8 life-saving surgeries
The Power of Curiosity
When Love Came Down at Christmas
Home ANS Reports MercyMe earns top honors at K-LOVE Fan Awards 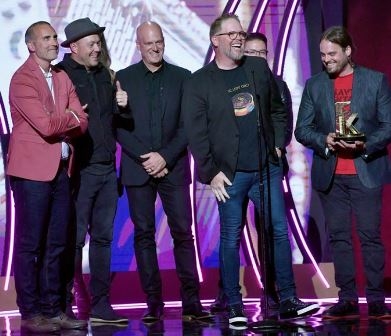 MercyMe wins top honors at the K-LOVE Fan Awards, including awards for Film Impact, Song Of The Year, Group Of The Year and Artist Of The Year 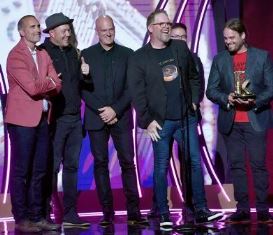 NASHVILLE, TN – Multi-platinum selling band MercyMe took top honors at the 2018 K-LOVE Fan Awards with a win in all the categories the band was nominated for, including Film Impact (for I Can Only Imagine), Group or Duo of the Year, Song of the Year for “Even If” and Artist of the Year.

Cory Asbury’s hit “Reckless Love” was also honored with two wins for Worship Song of the Year and as Breakout Single.

Christian music fans from across the globe gathered in Nashville, Tennessee for the weekend, Friday through Sunday, May 25-27 for the 2018 K-LOVE Fan Awards, which included a weekend of fan experiences at the Gaylord Opryland Resort. Live from the Grand Ole Opry House, the three-day weekend of events concluded on Sunday, May 27 with the sixth annual K-LOVE Fan Awards.

Winners of the 2018 K-LOVE Fan Awards:
Film Impact
I Can Only Imagine

Male Artist of the Year
TobyMac

Group or Duo of the Year
MercyMe

Song of the Year
MercyMe “Even If”

Artist of the Year
MercyMe

The K-LOVE Fan Awards were created to honor today’s Christian music leaders. The experience also allows fans to attend the awards show as well as access to a K-LOVE fan zone. Other activities scheduled throughout the weekend included a kick-off concert on Friday night, a songwriter’s showcase on Saturday evening hosted by Steven Curtis Chapman, a worship service and The Run For Love 5K, benefitting Hands & Feet Project.

Fan voting began early in May for the K-LOVE Fan Awards, which is the only fan-voted awards event in the Christian music industry. For more information, go to www.KLOVEFanAwards.com .

K-LOVE, a leading Christian music radio network, has stations in 48 states and is enjoyed by millions across the country. To listen online, or to find a station near you, check out www.KLOVE.com.

Marking the show’s debut on TV, TBN will broadcast the 2018 K-LOVE Fan Awards on Thursday, May 31 at 8 p.m. ET to its audience of more than 100 million households, with most markets experiencing the show in HD. Television viewers can find their local TBN channel at: https://www.tbn.org/watch/channel-finder. Coca-Cola Consolidated will again sponsor the awards show, which marks the third consecutive year for the partnership.

Photo captions: 1) MercyMe wins top honors at the K-LOVE Fan Awards, including awards for Film Impact, Song Of The Year, Group Of The Year and Artist Of The Year. Photo credit: Getty Images for K-LOVE. 2) Ginny McCabe. 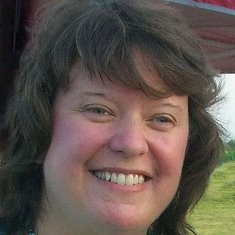 The Meaning of Life and Letting Go of Selfish Pursuits