Top Posts
Colorado football coach Sanders’ unabashed faith
There’s A Light That Enters Houses With No...
Knowing the One Who Always Keeps His Word
Pregnancy Resource Centers Fight For Life Amidst Opposition
This World is Not Our Home
Lessons Learned From a Gingerbread House
Let There Be Peace on Earth
‘I Wanna Dance’ movie: Whitney Houston’s success and...
Fact Finding, Sight Seeing, and Prayer Walking
Kidney donation led to 8 life-saving surgeries
Home ANS Feature Millions in need amid Ethiopia’s Tigray war 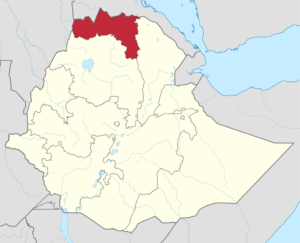 According to UN estimates, cited by Mission Network News, the fighting has displaced nearly 2 million people. The death toll remains unknown, as the area has been cut off from communication with the outside world. About 4.5 million people need immediate assistance, especially food, as fighting destroyed crops and interrupted last fall’s harvest.

According to Wikipedia, the Tigray War is an ongoing armed conflict that began around midnight of 3–4 November 2020 in the Tigray Region of Ethiopia. It is being fought between the Special Forces of the Tigray Regional government, and the Ethiopian National Defense Forces (ENDF) aided by the Ethiopian Federal Police, regional police and gendarmerie forces of the neighbouring Amhara and Afar Regions with the involvement of the Eritrean Defence Forces. The Tigrayan Special Forces received reinforcements from defecting ENDF soldiers and civilians joining them and mutated into the Tigray Defense Forces. All sides (but particularly the ENDF and EDF) have committed war crimes during the conflict.

In 2019, to distance the country’s politics from ethnic federalism and ethnic nationalist politics, prime minister Abiy Ahmed merged the ethnic and region-based constituent parties of the Ethiopian People’s Revolutionary Democratic Front (EPRDF) coalition and several opposition parties into his new Prosperity Party. The Tigray People’s Liberation Front, a politically powerful entity that had dominated Ethiopian politics for 27 years as a repressive regime through a one-party dominant system, refused to join the new party. The TPLF then alleged that Abiy Ahmed became an illegitimate ruler because the general elections scheduled for 29 August 2020 were postponed to 2021. The TPLF, led by its chairman Debretsion Gebremichael, went ahead with regional elections in Tigray in September 2020 in defiance of the federal government, which then declared the Tigray election illegal.

Fighting between the TPLF and the Federal Government began with the 4 November attacks on Northern Command bases and headquarters of the ENDF in Tigray Region by TPLF-aligned security forces and with counterattacks by the ENDF in the Tigray Region on the same day, that federal authorities described as a police action. The federal forces captured Mekelle, the capital of Tigray Region, on 28 November, after which Prime Minister Abiy declared the Tigray operation “over”. The TPLF stated in late November that it would continue fighting, until the “invaders” are out.

Mass extrajudicial killings of civilians took place during November and December 2020 in and around Adigrat and Hagere Selam, in the Hitsats refugee camp, and in Humera, Mai Kadra Debre Abbay, and Aksum.

Peace and mediation proposals included an early November African Union (AU) mediation proposed by Debretsion and refused by Abiy; an AU trio of former African presidents who visited Ethiopia in late November; an emergency Intergovernmental Authority on Development summit of East African heads of government and state that met in late 20 December 2020 in Djibouti; and peace proposals on 19 February by the TPLF and on 20 February by the National Congress of Great Tigray (Baytona), Tigray Independence Party (TIP) and Salsay Weyane Tigray (SAWET).

Egide Bandyatulaga, the East Africa Ministry Director for Trans World Radio (TWR) says, “People first of all need to pray for the hostilities to stop. Because there are people who are dying. There are properties which have been destroyed.”

Pray also that Christians in the area will be safe, and able to serve those around them who need help. Bandyatulaga says, “Peace needs to return to the hearts of the people. They just need to know that there is a God which helps them not only spiritually but also materially. Also, pray that people may resume quickly to their normal life. And that those who lost their loved ones may be comforted after the loss.”

TWR broadcasts Christian radio programming into Ethiopia from outside the country, due to government restrictions. However, they do produce the programs inside Ethiopia. TWR works out of the capital city, Addis Ababa. Pray this programming would bring the Gospel into many homes throughout the country.