Top Posts
Knowing the One Who Always Keeps His Word
Pregnancy Resource Centers Fight For Life Amidst Opposition
This World is Not Our Home
Lessons Learned From a Gingerbread House
Let There Be Peace on Earth
‘I Wanna Dance’ movie: Whitney Houston’s success and...
Fact Finding, Sight Seeing, and Prayer Walking
Kidney donation led to 8 life-saving surgeries
The Power of Curiosity
When Love Came Down at Christmas
Home ANS Feature More than 100 worshippers kidnapped and one shot dead after gunmen open fire on church service in Kaduna State, Nigeria

More than 100 worshippers kidnapped and one shot dead after gunmen open fire on church service in Kaduna State, Nigeria

The Christian charity reports gunmen also killed one member of Emmanuel Baptist Church in Kakau Daji in the attack on Sunday, October 31. 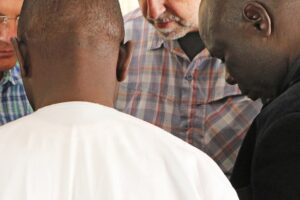 People were unable to call for help because of a shutdown of telecom services in the state at the time.

According to a BBC report, two people are also critically ill in hospital.

She said: “This kidnapping is a shocking example of the audacity of the so-called bandits and the impunity that is escalating, seemingly without bounds in Nigeria.

“The government is grossly failing its citizens in this matter and the continuing lawlessness is creating an ideal breeding ground for extremism.

“We call on the international Body of Christ to remain in fervent prayer for the release of the church members and that the Lord will use this situation to bring a breakthrough in this situation.

“Pray for the Lord’s protection over these believers and that they will experience His peace in the midst of the situation.”

Reverend Joseph Haya of the Christian Association of Nigeria (CAN) Kaduna branch told the national newspaper, Politics Nigeria that contrary to the government’s claim that the security situation was at its best, security in the Kaduna State was getting worse.

“We are seriously worried now,” said the Reverend. “Gunmen are gradually approaching the township. Emmanuel Baptist Church, which is in Kakau Daji, is just less than three kilometres to Sabon Tashan.”

According to CAN, the family of one victim said the kidnappers told them that they had to pay more on ransom because the gunmen had to go the extra mile for network service before getting the victims’ relations.

Rev Haya warned that unless the government was to take appropriate measures against insecurity in the state, the situation would continue to worsen.