Top Posts
Colorado football coach Sanders’ unabashed faith
There’s A Light That Enters Houses With No...
Knowing the One Who Always Keeps His Word
Pregnancy Resource Centers Fight For Life Amidst Opposition
This World is Not Our Home
Lessons Learned From a Gingerbread House
Let There Be Peace on Earth
‘I Wanna Dance’ movie: Whitney Houston’s success and...
Fact Finding, Sight Seeing, and Prayer Walking
Kidney donation led to 8 life-saving surgeries
Home World MissionsPersecution Mother of Seven Homeless when Muslims Learn She Is Christian

Mother of Seven Homeless when Muslims Learn She Is Christian

NAIROBI, KENYA (ANS) — The 8-year-old boy didn’t realize that telling his Muslim relatives how much he enjoyed a church choir would cause them to attack his family.

Morning Star News reports the seventh and youngest child of 54-year-old Lezia Nakayiza, widowed since September 2018, he didn’t know that his family was keeping their faith secret in Kasenge village, Wakiso District, in central Uganda near the capital city of Kampala. 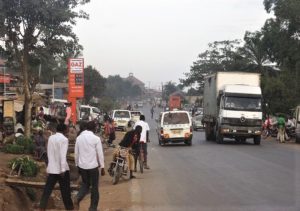 A town in Wakiso District, Matugga-Mabanda, in central Uganda

“I could not share my faith with the brothers of my husband as well as the relatives who are radical Muslims,” Nakayiza told Morning Star News by phone. “In June my younger son told one of the relatives of the wonderful choir at church, and that we have been attending the church since March. This was the beginning of our persecution.”

Word began to spread that relatives of her late husband, Sheik Kiita Suleiman, were planning to punish her for leaving Islam.

“A Christian neighbor informed me that the family was planning to attack us,” Nakayiza said.

“At around 8 p.m. by the light from moonlight, I peeped through the window and saw many people approaching our house with sticks and other weapons with loud noise from the animals’ shed,” she said, adding that she heard them shouting, “Away with this infidel!”

As they tried to break through the main door, Nakayiza and her children escaped out the back door, she said.

“We walked on foot for two hours and arrived at the church compound around 11 p.m., and we were received by the pastor,” she said.

Her pastor, unidentified for security reasons, told Morning Star News that he learned of the extent of destruction to Nakayiza’s home from one of her neighbors the following day.

“The brothers of the deceased husband of Nakayiza did huge destruction: five cows and six sheep killed, iron sheets pulled down, windows and doors destroyed,” the pastor said.

The family is now living at an undisclosed location that is not sustainable.

“The family has to be relocated to another place,” the pastor said. “Life for them is so hard. The children are out of school. They are very fearful of their lives. Even the church is at risk from the relatives who are radical Muslims. Our church is still too small to support the family.”

“What we are going through at the moment is almost unbearable,” she said.

Nakayiza put her faith in Christ on Feb. 5; the church pastor had explained the gospel to her earlier in the year.

She said that on July 5 her oldest child, Lucia Nassanga, who is married to a Muslim man, also put her faith in Christ. When her husband, Ismail Mulinde, found out about her conversion last month, he drove Nassanga and their two children, ages 5 and 2, from their home, Nakayiza said.

In July another widow in central Uganda was forced to flee her home after receiving Islamist threats when area Muslims discovered she was a Christian. Such threats constitute the latest of many cases of persecution of Christians in Uganda that Morning Star News has documented.

Morning Star News states Uganda’s constitution and other laws provide for religious freedom, including the right to propagate one’s faith and convert from one faith to another.

Muslims make up no more than 12 percent of Uganda’s population, with high concentrations in eastern areas of the country.

Literacy as ‘Miracle Cure’ to Reduce Poverty for Women