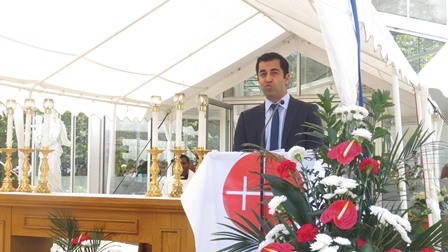 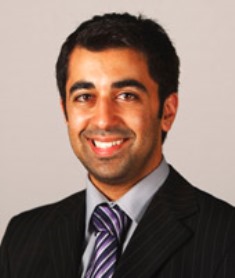 GLASGOW, SCOTLAND (ANS – February 16, 2018) — Humza Yousaf, a Muslim Scottish government minister, is giving up the orange fizzy drink of Irn-Bru this Lent, to raise money for Christians suffering at the hands of extremists.

According to a press release written by Murcadha O Flaherty and John Pontifex of Aid to the Church in Need (www.acnuk.org) — a Catholic charity, also known as ACN — Humza Yousaf, the Scottish Minister for Transport and the Islands, wrote on Twitter that he was giving up the orange fizzy beverage, often described as “Scotland’s other national drink, after whisky.”

It said the Scottish National Party (SNP) member for Glasgow Pollok constituency, invited Twitter followers to vote for one of three food and drink “vices” he should give up for Lent and Irn-Bru came out top — ahead of chocolate and crisps (potato chips).

Mr. Yousaf said he will give the money he saves to Aid to the Church in Need, which prioritises support for persecuted Christians in the Middle East and other Muslim-majority regions, it said.

ACN said that Mr. Yousaf wrote in a Twitter message: “Think I’ll join Christian friends doing Lent this year. Any money saved from not consuming my vice will go [to] @ACN_Scotland who support persecuted Christians across the world.”

It quoted Mr Yousaf writing, in another tweet: “Should say [the] reason I’m supporting @ACN_Scotland is because the persecution of Christians worldwide in some Muslim majority countries is something that deeply saddens me, and most Muslims.”

The charity went on to quote Mr. Yousaf as writing on Twitter: “Those who commit such heinous acts against humankind insult [the] name of Islam.”

Mr. Yousaf’s interfaith comments, which, ACN says he made on Tuesday, February 13th — just before the start of Lent — attracted 53 retweets and 313 likes.

The charity said that Kate Higgins, special advisor to the First Minister of Scotland, Nicola Sturgeon, also pledged her Lenten donations to ACN, referring to the “good cause” of religious freedom.

While speaking at an Aid to the Church in Need youth rally in the summer of 2015, Mr. Yousaf described religion as a “fundamental human right for all,”

“The Scottish Government strongly condemns the persecution of Christians, and other communities on the basis of their religion, belief or ethnicity,” the charity quoted Mr .Yousaf as saying while he was speaking at the event at the Shrine of Our Lady of Lourdes, Carfin, Scotland.

CAN also says that Pope Francis is calling Christians and other faiths worldwide to pray and fast this Lent for peace on this next Friday, February, 23rd, especially for people suffering in South Sudan and the Democratic Republic of Congo (DRC). 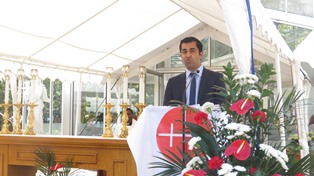 Founded in 1947 by Fr. Werenfried van Straaten, whom Pope St. John Paul II named as “An outstanding Apostle of Charity,” the organisation is now at work in 140 countries throughout the world.

About the writer: Sheraz Khan, Special Correspondent for the ASSIST News Service, is a Pakistani-British journalist. He lives in Scotland and can be contacted by e-mail at: sheraz@btinternet.com