Top Posts
Knowing the One Who Always Keeps His Word
Pregnancy Resource Centers Fight For Life Amidst Opposition
This World is Not Our Home
Lessons Learned From a Gingerbread House
Let There Be Peace on Earth
‘I Wanna Dance’ movie: Whitney Houston’s success and...
Fact Finding, Sight Seeing, and Prayer Walking
Kidney donation led to 8 life-saving surgeries
The Power of Curiosity
When Love Came Down at Christmas
Home ANS Feature Muslim woman searched for God’s love

Aisha*, 27, grew up in a Muslim family. Her father was devoted to Islam and her mother was obedient to her father. As a Muslim woman, she felt that she had 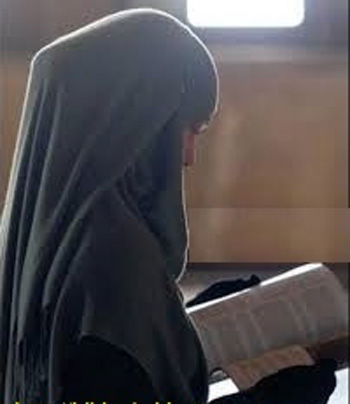 “She had seen her father mistreat her mother in every way and never heard one nice word from her father toward her mother or even to her,” Pastor Moosa* told Final Frontiers Foundation.

The more Aisha watched the oppressive treatment, she more she regretted being born female. Why did Allah create me as a girl? she wondered.

Not receiving any answers, she began to reject Allah and His rules. One day she watched her father beat her mother in front of her.

“Why are you allowing him to do this to you?” she quietly asked later.

“Allah gave him that authority,” her mother replied.

In response, her mother slapped her in the face. “That is profanity against Allah; you were born as a Muslim and you will stay a Muslim till you die.”

These questions swirled in her mind but she didn’t dare share them with anyone.

One day she was talking to a friend at work that happened to be a Christian. Aisha noticed that her friend frequently mentioned God’s name in their conversations.