Top Posts
Knowing the One Who Always Keeps His Word
Pregnancy Resource Centers Fight For Life Amidst Opposition
This World is Not Our Home
Lessons Learned From a Gingerbread House
Let There Be Peace on Earth
‘I Wanna Dance’ movie: Whitney Houston’s success and...
Fact Finding, Sight Seeing, and Prayer Walking
Kidney donation led to 8 life-saving surgeries
The Power of Curiosity
When Love Came Down at Christmas
Home World MissionsPersecution Myanmar Villagers Released After Six Months

ICC says these villagers were held captive for six months in a border camp, after soldiers took them from their community following a battle with government forces. 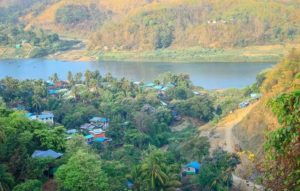 According to the AA, which is fighting for greater autonomy in neighboring Rakhine State, the detained civilians were sent to community leaders in Ohnthee Wa village so they could be taken to an internally displaced persons (IDP) camp in Meezar.

Pastor Moses from the camp told Radio Free Asia that he was informed about the villagers’ arrival in Ohnthee Wa, but that he had not yet met them.

He said: “They said that all have been released. They will stay in Meezar where the IDP camp is.”

On February 2, 2019, 54 ethnic Khumi villagers were abducted by the AA and brought to their base located between the Myanmar and Bangladesh border.

ICC says that while the AA claimed that it had “rescued” these villagers by helping them flee to safety, where the Burmese Army (Tatmadaw) has been carrying out an offensive against the AA, the villagers who escaped later denied this. Rather, the villagers said that they were taken against their will, and were used as human shields at one point when the Tatmadaw attacked with combat helicopters.

Fourteen of these villagers managed to escape the camp in the last few months, and one died while in AA custody.

Field Director Salai Terah from the Chin Human Rights Organization (CHRO), which has repeatedly called for the release of the villagers, told Khonumthung News, “We welcome the release of the King-talin villagers. We are grateful for it. We expect that this sort of problem won’t occur again.”

Gina Goh, ICC’s Regional Manager for Southeast Asia, said, “For the Chin captives who were held against their will for months, this is definitely encouraging news that they could finally return home.

“We rejoice with them and their loved ones. However, the AA should not have taken them in the first place. Civilians have the right to live without fear despite ongoing armed conflicts between the AA and Tatmadaw.”