Top Posts
Knowing the One Who Always Keeps His Word
Pregnancy Resource Centers Fight For Life Amidst Opposition
This World is Not Our Home
Lessons Learned From a Gingerbread House
Let There Be Peace on Earth
‘I Wanna Dance’ movie: Whitney Houston’s success and...
Fact Finding, Sight Seeing, and Prayer Walking
Kidney donation led to 8 life-saving surgeries
The Power of Curiosity
When Love Came Down at Christmas
Home ANS Feature N Korean escapee says “nation facing Covid epidemic famine.” 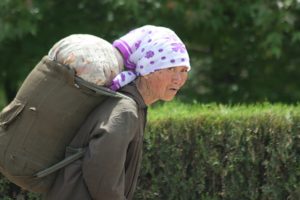 North Korea is number one on the
Open Doors’ World Watch List of countries where Christians are most persecuted.

Although the North Korean Government has claimed that they have no cases of Covid-19, the infection rate is now thought to run to the tens of thousands, and th population are badly prepared for it.

“It’s known by North Koreans as ‘the ghost disease,’” says Brother Simon, Open Doors ministry coordinator for the country. “People can be sick without knowing it. They are usually malnourished already. Then suddenly they die quickly. Some even just fall dead on the ground.”

The North Korean government has tried to contain the infection rate by closing the borders. However, according to Timothy, this been counterproductive:

“The authorities have already sent more soldiers to the border areas. However, as a result the black-market economy has collapsed and there are chronic food and medical shortages.”

Simon adds “We are hearing that many marketplaces are closed down. Even if they are open, there’s little food you can buy. It will cost you two months’ salary to buy a kilo of rice.”

According to Timothy serious flooding and mudslides has further compounded the situation.

“Vast areas of farmland, including rice fields have been wiped out. Around 10 million North Koreans urgently need humanitarian aid.”

Although, rumours of the leader being in a coma appear to be unfounded, the Government seems to be struggling badly.

“The government doesn’t really know what to do,” says Brother Simon. “Kim Jong-Un has even left Pyongyang to decrease the chance of him getting ill.”

He says that North Koreans are deeply unhappy with how the situation is being handled:

“North Koreans are really suffering this year and they are upset with their leaders who don’t take care of them and only think about their own safety.”

“Open Doors has aid ready for North Korean Christians. But first God needs to open the door,” Brother Simon says. “Once people can come out of the country, we can give them the means to survive. We’re waiting for a window of opportunity.”

Open Doors estimates there are between 200,000 and 400,000 Christians in North Korea. Between 50,000 and 70,000 are in death camps – no prisoner leaves them alive. Inmates are tortured, starved and work long hours under dangerous conditions. Sometimes they are used for chemical tests or executed.