Top Posts
Colorado football coach Sanders’ unabashed faith
There’s A Light That Enters Houses With No...
Knowing the One Who Always Keeps His Word
Pregnancy Resource Centers Fight For Life Amidst Opposition
This World is Not Our Home
Lessons Learned From a Gingerbread House
Let There Be Peace on Earth
‘I Wanna Dance’ movie: Whitney Houston’s success and...
Fact Finding, Sight Seeing, and Prayer Walking
Kidney donation led to 8 life-saving surgeries
Home ANS Reports New British PM Boris Johnson urged to follow through on pledge

Andrew Boyd, writing for www.keepthefaith.co.uk says Release, which upholds the freedom of Christians around the world, congratulated the new PM on his appointment. Release also reminded Mr Johnson that last week the government accepted in full recommendations to protect Christians from growing persecution. 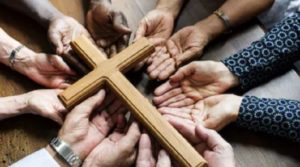 Christians around the world revere the Cross of Christ

Christians are now the world’s most persecuted faith group, suffering 80 per cent of all religious persecution, according to the Bishop of Truro’s recent report, which has been accepted in full by the government. Another major report also confirms that Christian persecution is rising.

In his open letter to the new PM, Release CEO Paul Robinson offers Mr Johnson his “warmest congratulations” on his appointment.

He writes: “According to the annual Pew Report Christians face harassment in a staggering 143 countries. The report uncovered a record increase in restrictions on religion imposed by many governments around the world. It also found violence and harassment against religious groups were on the rise.

“The Government’s decision to champion persecuted Christians and put their plight front and centre of government policy will send a vital message to governments everywhere that this violence has to stop.

“We are immensely grateful that the UK government is saying that the world will no longer be able to turn a blind eye to discrimination and violence against Christians.”

Keep The Faith says that Paul Robinson’s letter points out four countries of growing concern where Christians are suffering violence: “In Nigeria, thousands of Christian villagers are being slaughtered by militants opposed to the Christian faith, in China churches are being closed and their leaders arrested and detained, in North Korea they are imprisoned for their faith, and in Pakistan falsely accused under blasphemy laws… The recent case of Asia Bibi is just one example.”

The news site said Release contributed to the research for the Bishop of Truro’s persecution review which was accepted in full by the government last Thursday.

Then Foreign Minister Sir Alan Duncan told the House of Commons: “The Government has decided to accept every recommendation in full. We will put Freedom of Religion or Belief at the heart of FCO culture.”

Boyd writes: “That means taking sanctions, if necessary, linking aid and trade to religious freedom, and creating a new framework for dealing with persecution.”

Commenting at the time, Paul Robinson said: “Release is delighted that the plight of persecuted Christians is now front and centre of government policy.’ He said Release would continue to call on the new PM ‘to press ahead with this breakthrough policy to stand up for freedom around the world.”

The news site said that through its international network of missions Release International is active in more than 30 countries around the world, supporting pastors, Christian prisoners and their families; supplying Christian literature and Bibles, and working for justice.

Disruptive Hope: What Your Therapist Never Told You.