Top Posts
Colorado football coach Sanders’ unabashed faith
There’s A Light That Enters Houses With No...
Knowing the One Who Always Keeps His Word
Pregnancy Resource Centers Fight For Life Amidst Opposition
This World is Not Our Home
Lessons Learned From a Gingerbread House
Let There Be Peace on Earth
‘I Wanna Dance’ movie: Whitney Houston’s success and...
Fact Finding, Sight Seeing, and Prayer Walking
Kidney donation led to 8 life-saving surgeries
Home ANS Reports Newsboys United to release new set 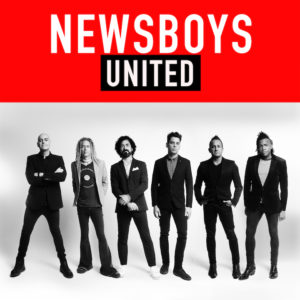 Furler—a driving force behind such iconic Newsboys hits as “He Reigns,” “Entertaining Angels” and “Shine”—also co-wrote four of the album’s 10 selections.

Turning Point Media Relations says that in addition to “Greatness Of Our God,” United is highlighted by the funky groove of “Love One Another,” featuring guest vocals from former dcTalk member Kevin Max; the worshipful “Set Me Ablaze,” originally recorded by Bethel Music; and the soul-stirring praise anthem “Symphony,” among other selections continuing Newsboys’ rich history of making music that resonates with fans of all ages.

In addition, the band is currently on the road with multi-Platinum®, multi-GRAMMY®-winning singer/songwriter Michael W. Smith for “Surrounded & United: The Tour,” a night of worship featuring hits spanning both artists’ unparalleled careers. 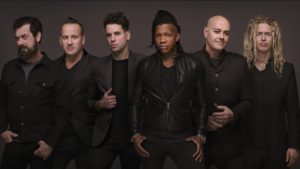 Since their formation in Australia more than three decades ago, Newsboys have released 23 recordings and their signature songs include “We Believe,” “He Reigns,” “Miracles,” “Born Again” and the Platinum®-certified mega hit, “God’s Not Dead.”