Top Posts
Knowing the One Who Always Keeps His Word
Pregnancy Resource Centers Fight For Life Amidst Opposition
This World is Not Our Home
Lessons Learned From a Gingerbread House
Let There Be Peace on Earth
‘I Wanna Dance’ movie: Whitney Houston’s success and...
Fact Finding, Sight Seeing, and Prayer Walking
Kidney donation led to 8 life-saving surgeries
The Power of Curiosity
When Love Came Down at Christmas
Home ANS Reports Open Doors asks people to remember the plight of persecuted Christians in North Korea 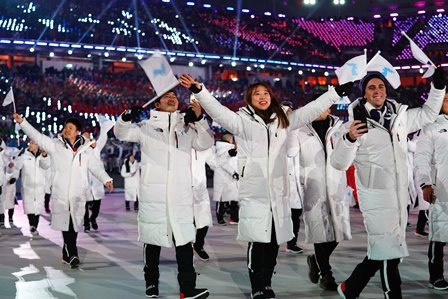 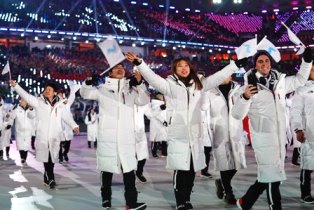 PYONGYANG, NORTH KOREA (ANS-February 10, 2018) — With the start of the 2018 Winter Olympics, the world’s attention is focused on Korea. The joint Korean women’s ice hockey team and the pro-unification flag show that North Korea is attempting to present a more friendly face to the world.

But Open Doors, a charity, which works for the persecuted people in more than 60 countries around the world, is asking people not to forget the thousands of Christians persecuted under the “brutal” Kim Jong-un regime.

According to a press release by Open Doors UK (www.opendoorsuk.org), Dr Matthew Rees, Advocacy Policy Officer at Open Doors said: “As many nations come together to take part in the Winter Olympics, let us not forget that every day over 300,000 Christians are denied the right to take part in the religious observance of their choice. They are a beleaguered community who are fighting for their very survival.”

It stated that every aspect of life in North Korea is controlled by the state. It went on to say that the belief that God is a higher authority than the nation’s leader, Kim Jong-un, is seen as a threat that must be crushed.

It claimed that tens of thousands of Christians are incarcerated in horrific labour camps, and thousands more keep their faith in Christ a complete secret. 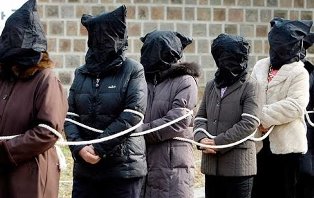 The release quoted Timothy, a North Korean refugee as saying: “They ignore all freedoms,” The human rights level is zero per cent. Religions are not allowed. The leader of North Korea has to be worshipped as god, and this will not change unless the regime collapses.”

Incredibly, despite this tremendous persecution, the release stated that the church in North Korea is growing — Open Doors estimates that there are 300,000 courageous Christians in North Korea, who are in desperate need of encouragement.

As a way to support North Korean believers and to understand their hardship, pain and courage, Open Doors is asking people to Live like a North Korean with their Lent resource of the same name, it said.

It quoted a North Korean secret believer as saying: “We don’t know your names or your faces. Still you support us. Thanks to you we are holding on.”

It claimed that many secret believers in North Korea are strengthened by the knowledge that Christians around the world are standing with them.

It stated that Daily Bible readings, prayers and actions help you to experience a little of what North Korean Christians endure every day.

“You might end up buying your Bible or surviving a day without electricity. These actions cannot replicate the reality of our dear brothers and sisters, but with prayerful reflection they can provide a window into the world of a North Korean Christian,” it said. 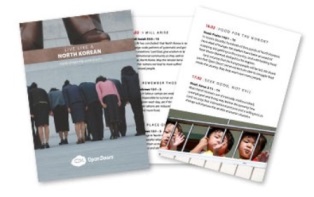 Live like a North Korean is a free resource, packed with daily prayers and reflections and weekly challenges to connect you with your persecuted North Korean family. It is available to order from the Open Doors website, it said.

It revealed that North Korea is number 1 on the 2018 Open Doors World Watch List. Persecution is led by the state which sees Christians as hostile elements that have to be eradicated.

It stated that due to to constant indoctrination, neighbours and family members, including children, are highly watchful and report anything suspicious to the authorities.

“If Christians are discovered, they are deported to labour camps as political criminals or killed on the spot; their families share their fate. Meeting for worship is almost impossible, so is done in utmost secrecy. The churches shown to visitors in Pyongyang serve mere propaganda purposes,” it said. 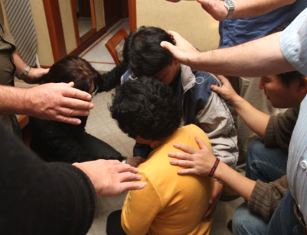 Every year Open Doors publishes the World Watch List — a ranking of the 50 countries where it is most difficult to be a Christian. This is produced using detailed information provided by Open Doors analysts in more than 60 countries, as well as independent experts. Data is gathered on five spheres of life – private, family, community, national and church life – plus a sixth sphere measuring the degree of violence impacting Christians. Persecution in each country is recorded by Open Doors using a point system. Open Doors’ research methods and results have been independently audited by the International Institute for Religious Freedom. The 2018 World Watch List accounts for the 12 months ending 31 October 2017 (approximately $15.42 million US dollars).

Don’t Forget to Write It Down (Writer’s Opinion)