Looking to #OptOutide and celebrate creation over consumerism 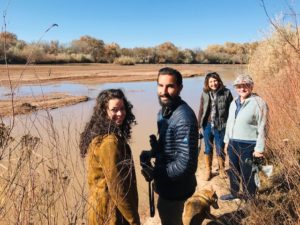 VALLES DE ORO, New Mexico—Driving into the Valle de Oro National Wildlife Refuge south of Albuquerque, New Mexico—one sees a host of birds: Sandhill crane, Canadian geese, hawks, Snow geese, and various species of smaller birds.  Mountains frame the open space, and fields are aflame with wildlife. The birds flutter and fly, kissing the sky and earth with their beauty, as they parade over the Rio Grande River. On this bright day, my family pulls into Valle de Oro as a form of praise and protest, partaking of #OptOutside as a means to thank God for His creation.

The day after Thanksgiving—normally referred to as Black Friday—is a day some disdain while others delight in it.  I’m of the first group, seeing the day an interruption of a beautiful American holiday—Thanksgiving.

President George Washington instituted Thanksgiving in 1789 following the Continental-Confederation Congress’s dictate to uphold “national days of prayer, humiliation, and thanksgiving.”  Later, Abraham Lincoln proclaimed it as a day of “Thanksgiving and praise to our beneficent Father who dwelleth in the Heavens.” For the Christian, prayer, thankfulness, and the contemplation of God’s goodness should characterize the Thanksgiving holiday. 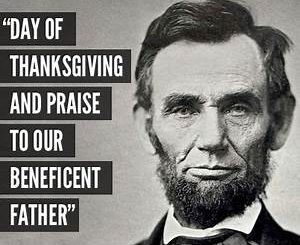 Yet it appears since 1952—when the retailing businesses in the United States deemed the day after Thanksgiving as the beginning of the Christmas shopping season—that many Americans, Christians included, have turned contemplation into consumerism.   And we’re not the better because of it; we’ve bought into what author James K.A. Smith calls “secular liturgies.”

Smith defines “secular liturgies” as practices that shapes our desires. Smith explains why we should pay attention to them:

‘One of the reasons I’m describing cultural practices and institutions as secular liturgies is to raise the stakes: I want to give you a heightened awareness of the religious nature of many of the cultural institutions we inhabit that you might not otherwise think of as having anything to do with Christian discipleship. By religious, I mean that they are institutions that command our allegiance, that view for our passion, and that aim to capture our heart with a particular vision of the good life. They don’t want to just give us entertainment or an education; they want to make us into certain kinds of people.’

Smith identifies the Mall as one of these cultural liturgies, and tells us why it is harmful: 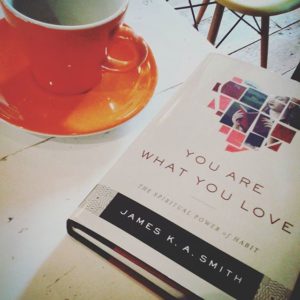 You Are What You Love, James K.A Smith

“By our immersion in this liturgy of consumption, we are being trained to both overvalue and undervalue things: we’re being trained to invest them with a meaning and significance as objects of love and desire in which we place disproportionate hopes.”

Smith identifies marketing as the evangelism of consumerism, with the happy, beautiful, hip people on TV serving as consumerism’s icons, saints for us to mimic. And he says that the church’s response to the power of the consumerism has often been consumerist as well – as “Jesusfied” parody of the mall.”

Should We Be Concerned?

Smith wrote engaging and thoughtful words.  And they’re true: Westerners, Christians included, have bought into consumerism with an over emphasis on materialism, placing hopes and desires upon things, giving allegiance to money over God’s majesty.  Concerning the West’s preoccupation with materialism, author Peter Hickman writes in the Harvard Ichthus,  “Materialism – excessive concern with material possessions – is definitely common among people in the West.” Notice the words “excessive” and “possessions.” The question is: should we be concerned?  I think so. 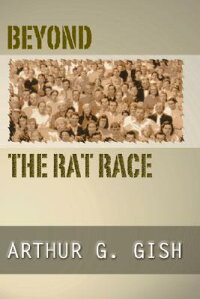 As Anabaptist author Arthur Gish reminds us, “To be a Christian is to be subversive, or at least that is how he will be viewed by society. Since his loyalty is to one who is beyond history, he cannot give his ultimate allegiance to any government, business, class, or any other institution. His views cannot be expected to coincide with the majority view around him. He can be expected to be in continual conflict with the structures of society, for to be at peace with God means to be in conflict with the world.”

Concerning the rash consumerism within the world, and presumably –the Church, Gish summarizes the problem succinctly: “We buy things we do not need to impress people we do not like.”

Is a Christian being “subversive” when we give allegiance to business and institutions for the sake of making of money by buying things we don’t need for people who don’t need the things; over against Smith’s encouragement for the right ordering of our priorities to God through thanksgiving and prayer?  It’s a question worth discussing.

True, Jesus said, “Render to Caesar the things that are Caesar’s, and to God the things that are God’s.” But how are we to interpret this teaching in light of America’s emphasis on wealth?  And the immediate context of the verse is upon taxes, not consumerism.  Furthermore, how does pervasive consumerism align with the Biblical call to care for the poor?

As noted in political campaigns: “The bottom half of the world adult population owned 1% of global wealth.”  Because of this, some retorted with a slogan “We are the 99%,” showing that many in the world are living below or at the poverty level.  According to the Global Issues website, “Almost half the world—over three billion people—live on less that $2.50 a day…And more than 80 percent of the world’s population lives in countries where income differentials are widening.” Figures like this show the distribution of wealth is weighed in favor of the rich, not the poor and needy, some of the people Christians are called to care for. How does this lack of care for the poor  align with the Biblical witness (see James 2 as an example)?  It doesn’t fare too well. 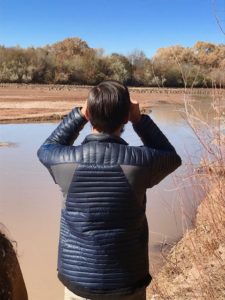 All this said, when I heard of the campaign, #OptOutside—first initiated by the retailer REI—I thought to myself, Now this is something I can buy into.  Leave it to an outdoor retailer to encourage us to be outdoors.  But more than a gimmick I found the campaign to hold great value.  Interpreted within it within a Christian context: instead of being consumed with consumerism, I’ll be consumed with God’s creation, a type of prayer, partaking in God’s goodness through His creative order.

My prayer for next year is that more within the Church will #OptOutside, letting God’s handiwork be our haven in the hectic holiday season instead of the hurried lure to purchase and parade our consumerism.  There’s always Cyber Monday, sales, and other means to save money for the average consumer.

And one day “Black Friday” (a phrase denoting credit and debt) will turn into “Rainbow Friday,” the day we celebrate God’s creation and diversity found on Earth by opting outside to experience the wonder of His world.  Keeping it simple is striking, particularly in a day an age of where creation needs greater attention than cold hard cash.

To learn about a Christian organization dedicated to making an impact through the environment, check out A Rocha: http://www.arocha.org/en/

HBO’s ‘Alternate Endings’ doc: How do you want...