Top Posts
A Walk of Faith Begins with a Step...
God is Rich in Mercy
Everyone has a Story to Share
‘Till’ movie: Racial murder helped spark civil rights...
Leaning His Head On Jesus, This Evangelist Hears...
Timing, common ground, and fruitfulness in witness
Step Out of the Traffic
In Support of Ukraine
Living an Imperfect, Unfinished Life
‘Nothing is Impossible’ movie: Hoops, romance, second chances
Home ANS Reports Orality Missiology: The Perception Factor

The Power of Round Table Discussions

Houston, TX (ANS) March 8, 2019 –  Over the years I’ve often heard people say, “perception is reality.”  Actually, perception is reality for those who have that perception.  This is an important challenge that we encounter often in the Orality Movement.  So many people in the church and mission communities are exposed to some aspect of Orality, like storytelling or some media-based tool, and think they know about Orality.  In a recent conversation about Orality with a member of a mission organization, he made the comment, “Oh, it’s just the gospel.”  Well, the gospel is an important part of the movement, but it is much bigger. 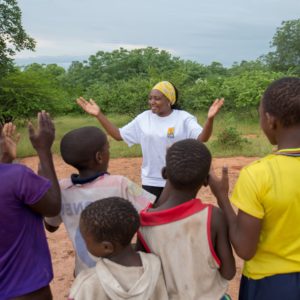 Orality can Work – From the Bush to the Boardroom

“Orality is better experienced, than explained,” we often say.  That’s why many organization’s Orality Training is based on demonstration, participation and explanation – usually in that order.  We all have tunnel vision, we just need bigger tunnels.  Thankfully, our tunnels are getting bigger as the community of learning and practice is growing exponentially.  The cross-pollination within various groups, organizations and traditions in the Church World is making a major difference in the ways we can see the Kingdom of God advance around the globe.

Integral mission, community development, public health, racial reconciliation, trauma therapy and leadership training are just a few of the many applications.  Obviously, evangelism (sharing and communicating the gospel), disciple making and church planting are major, and often better known applications of the concepts of Orality.  Now there is a growing recognition that the Business as Mission Movement can benefit from Orality methods and strategies.  Not only is Orality effective in reaching the unreached and equipping followers of Jesus in the difficult regions and creative access countries, but there are multiple applications in the Western World and North America as well. 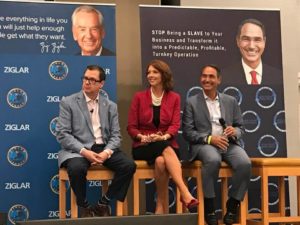 Orality in Business as Mission

Several business leaders have found the Orality Training they received with Living Water International effective for sharing the gospel, training, business development and coaching efforts.  They have also found orality helpful in terms of improving relationships and corporate culture in various business settings.  Creating discussion groups in the workplace is an excellent way of communicating the love and message of Jesus, as well as disciple making initiatives.  Recognizing, of course, the need for discernment and sensitivity to the environment one is working in.

There are a good number of organizations, networks and associations that are effectively using or promoting Orality Methods and Strategies and Oral Art Forms.  The end result, of course, being advancing the Gospel and the Kingdom of God.  Some of those are ACT International – https://actinternational.org/, the Global CHE Network – https://www.chenetwork.org/, the Global Alliance for Church Multiplication – https://gacx.io/,  Missio Nexus – https://missionexus.org/, to name a few.

Powerful Tools for Ministry and Missions

There are also now many more churches and ministries in North America and the Western World recognizing the value of using Oral Learner friendly methods.  Those would also include technological resources, for reaching and equipping young people for ministry and missions.  Orality is a powerful tool for short-term mission trips. It’s also effective for outreach and disciple making in prisons, with street gangs, refugee and immigrant communities.  Actually, anyone desiring to be more effective in communicating and improving relationships can benefit from Orality Training.  That would include almost everyone, everywhere.