Top Posts
Knowing the One Who Always Keeps His Word
Pregnancy Resource Centers Fight For Life Amidst Opposition
This World is Not Our Home
Lessons Learned From a Gingerbread House
Let There Be Peace on Earth
‘I Wanna Dance’ movie: Whitney Houston’s success and...
Fact Finding, Sight Seeing, and Prayer Walking
Kidney donation led to 8 life-saving surgeries
The Power of Curiosity
When Love Came Down at Christmas
Home World MissionsPersecution Pastor and priest Abducted in Wave of Kidnappings in Nigeria

JOS, NIGERIA (ANS) — A Protestant pastor and a Catholic priest in two different states in north-central Nigeria were kidnapped by gunmen on Monday (March 25), sources said, according to Morning Star News. 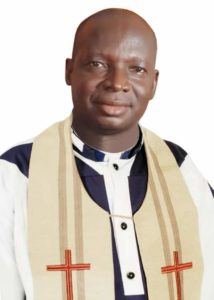 Amid a nationwide wave of kidnappings including last week’s discovery of the body of another abducted Catholic priest in southern Nigeria, the Rev. Emmanuel Haruna of the Evangelical Church Winning All (ECWA) was kidnapped at gunpoint outside his home on church premises in Gidan Ausa, Nasarawa state, the news outlet reported.

“He was making a phone call by his house when some men shot into the air and took him away,” the Rev. Romanus Ebenwokodi, ECWA spokesman, told Morning Star News. “Please pray for his safety and release.”

Earlier on Monday (March 25) in Kaduna state, gunmen reportedly abducted the Rev. John Bako Shekwolo, priest of St. Theresa Catholic Church in Ankwa Kachia County, according to an archdiocese statement. Little else was known at this writing.

In Nasarawa state, Pastor Haruna leads an ECWA congregation in Gidan Ausa, near Lafia, the state capital. Also chaplain of the Boys Brigade, Nasarawa State Council, he was said to be searching for a better signal to make a phone call when he was kidnapped after 10 p.m.

A statement from the Nasarawa State Council confirmed the kidnapping.

“The incident occurred when he stepped out of the house in search for mobile network and in the course of making calls,” the statement reads. “The family heard a sporadic gunshot, and the next thing that followed thereafter was him shouting at the top of his voice, ‘Help me, help me, they want to kill me,’ and before people could come out, the unknown gunmen had already taken him away. Let us pray for him and the family please.”

Morning Star News stated that in any given case in Nigeria, it is difficult to determine to what extent Christian leaders are targeted for their faith by kidnappers.

While several different groups have long been kidnapping people from all sectors of society in Nigeria, Muslim Fulani herdsmen have been active in Nasarawa, and the ECWA’s Ebenwokodi said he suspects them in the kidnapping of Pastor Haruna. Analysts have detected ties between Muslim Fulani herdsmen and Islamic extremist groups keen to exploit longstanding ethnic, property and religious conflicts, with the jihadists funding and supplying the herdsmen.

On March 18, Nasarawa Gov. Tanko Al-Makura had called on the Nigerian army to stem the rising tide of kidnappings in his state.

“I have come to the painful understanding that these kidnapping activities are not merely as what we see; it is a highly sophisticated syndicate that is carried out by so many specialists,” Al-Makura reportedly said as he met with military leaders at his residence in Lafia. “The security has a lot of work to do to unearth the intricacies of this, and until that is done, I am sorry to say that this will be around for a long time, because they are well connected.”

The governor noted that kidnappers are well-funded, as they have highly sophisticated weapons and operate from deep in remote, secret camps.

“The situation is very unfortunate and bad – we need our brethren out there to pray for Christian communities in Nasarawa state and for possible action by the government to put an end to these senseless attacks on churches,” he said at that time, appealing to federal and state governments to take measures to stop the attacks and to help those displaced by the violence.

The Muslim population of Nasarawa state could be as high as 32 percent, with Christians making up as much as 65 percent, according to an Open Doors study estimate based on unconfirmed figures. Of Nigeria’s overall population, Christians make up 51.3 percent, while Muslims account for 45 percent.

Meanwhile, in Enugu state in south-east Nigeria, the Rev. Clement Ugwu of St. Mark’s Catholic Church was kidnapped from his parish premises in Obinofia Ndiuno, Ezeagu County on March 13.

He was buried on March 20 after his body was found last week. He was 42.

The Rev. Benjamin Achi, spokesman for the Enugu Catholic Diocese, said in a press statement that the kidnappers shot him in the leg before driving away, and that they withdrew money from his bank account before killing him.

“After a frantic search by some local residents in collaboration with the diocese for a whole week, his already decomposing body was found in the bush about 20 kilometers [12 miles] from his parish where he was abducted,” Achi said.

The Catholic Bishops Conference of Nigeria (CBCN) issued a statement saying his death is an immeasurable loss.

“However, may we find consolation in the good life he lived and the many contributions he made to the mission of the Church,” the statement reads. “Let our faith in Christ, the conqueror of death, and our hope in the resurrection be our strength at this trying moment.”

At his funeral service officiated by the Rev. Callistus Onaga, bishop of Enugu Diocese, Onaga urged authorities to find and prosecute those responsible for his death.

“All is not well in this state, we should not continue to pretend about it while our people are killed every day,” he said. “When Father Ugwu was kidnapped, we reported it to the police, and since then I have visited the police station three times, yet they kept telling me they are closing in on the kidnappers. I doubt they were doing anything, because where the deceased body of Fr. Ugwu was found is not 20 kilometers from his house.”

A Nigerian news outlet reported that police had questioned a parish worker who had argued with the priest about church funds and had threatened him.