Orpington, England (ANS) – The wife of abducted Malaysian pastor Raymond Koh has vowed relentless action to press for his release. UK-based charity Release International reports Susanna Liew has called for international efforts to set him free to be continued – and for prayers for her family, which has been under surveillance. 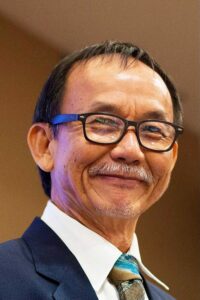 Release International is extending its petition to release the pastor, who was kidnapped in a military-style operation in February 2017– and hasn’t been seen since.

Meanwhile an inquiry has resumed into a second pastor and his wife who also disappeared under suspicious circumstances.

Pastor Raymond Koh was abducted in broad daylight in Malaysia by a disciplined snatch squad. A public inquiry has pointed the finger at the authorities.

The pastor’s wife, Susanna Liew, has vowed to take ‘relentless action’ to press for his release. And she is calling for prayer to protect her family and see justice done.

CCTV cameras captured the moment when black SUVs surrounded and boxed in Pastor Koh’s car, forcing it to a halt. Several other vehicles were involved in the kidnapping.

Hooded men ran towards Pastor Koh’s car and shattered his windscreen, before the entire convoy was driven away. Up to 15 men were filmed taking part in the abduction, which was over in 40 seconds.

‘More than three years have passed, yet there has been no word whether Pastor Koh is dead or alive,’ says Release CEO Paul Robinson. ‘Malaysia must secure his release and account for his disappearance, which by any standards is a crime.’

The Human Rights Commission inquiry stated that Raymond Koh and Amri Che Mat had been ‘abducted by State agents, namely the Special Branch [of the Royal Malaysia Police].’

Meanwhile the Human Rights Commission has resumed its inquiry into Pastor Joshua Hilmy and his wife Ruth who went missing in 2016. The inquiry was put on hold due to the Covid-19 pandemic.

Joshua Hilmy was investigated after converting from Islam to Christianity. The pastor and his wife disappeared after he inquired about changing his religion on his identity card from Muslim to Christian.

Christians make up about nine per cent of the population of Malaysia, where proselytising Muslims – attempting to convert them – is forbidden by law. Christians from a Muslim background can face severe persecution. The state bars its Muslim citizens from converting to another faith. And those who change their religion could be charged with apostasy.

Raymond Koh, an Evangelical Free Church pastor, set up Hope Community to help the poor in the capital Kuala Lumpur.

The authorities suspected him of attempting to convert Muslims and raided a fundraiser in 2011. Pastor Koh and his wife Susanna received death threats. He was sent two bullets and she white powder, which she was later told was anthrax.

Release International is pressing the Malaysian government to investigate the disappearance of Pastor Koh and bring about his release.

The Release petition to the Prime Minister and the Inspector General of Police states:

‘One of your country’s loyal citizens has been missing for three years. Pastor Raymond Koh was kidnapped off the streets on February 13, 2017, and has not been seen since. His wife and children have been left to wonder what happened to him and whether he is still alive.

‘We, Pastor Raymond’s fellow Christians from around the world, call on your government to release any and all information related to the forced disappearance… including any involvement of Special Branch.’