Top Posts
God Saves Your Tears in His Bottle
Overcoming Common Misconceptions and False Assumptions
Character-Building Dilemmas
Set Your Heart on Things Above
The Power of Facilitating Partnerships and Collaboration
When We Don’t Feel Worthy
Vision For One Billion Souls By 2030 Unites...
Middle East Christian Converts Receive Bullet Death Threats
The World Needs More Audras
The Significance of the Seventh Man
Home About Us Peter Wooding Named ANS Senior Editor 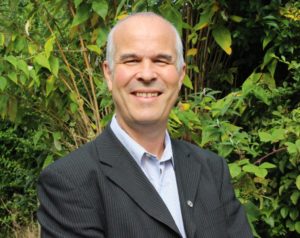 Murrieta, California (ANS) – The leadership of Assist News has named Peter Wooding as the new ANS Senior Editor.  Assist News Founder and Peter’s father Dan Wooding, passed away on March 18, 2020.  Because ANS is staffed by volunteer writers, we need your generous support to further the mission as we advocate for the Persecuted Church.

Dan’s younger son Peter follows in his father’s footsteps by reporting on ministries around the world.  Peter’s reports have included hot spots in Sudan, the war front in Eastern Ukraine, and massive rallies in Africa with Reinhard Bonnke.  His passion to share what God is doing inspired him to take over ANS.

“One of the last things my father said to me was, ‘Peter it’s the end of an era, but please

carry on the work of ANS.'”

“I have seen his example and served with him for many years. I spent five years as a YWAM missionary and traveled the world for 22 years as a journalist reporting on the persecuted church and global ministry efforts.  Like my dad, I will continue the ANS vision to report on all that God is doing.  I look forward to expanding the voice and impact of ANS around the globe,” Peter said.

Most importantly Peter worked as the news editor for UCB Radio for 11 years, one of the largest Christian radio networks in the UK and reported from countries such as India, Gambia, Israel, Russia, S Korea, Mozambique, and Dubai. In addition, Peter is also the London Bureau Chief for the Global News Alliance and PR and Media Officer for Leading The Way UK. In his spare time, he works as the UK Director for Mercy Projects.  His hobby is running marathons, having completed 23 to date.  He runs to support organizations like Mercy Projects. He lives in North Wales with his wife Sharon and three daughters.