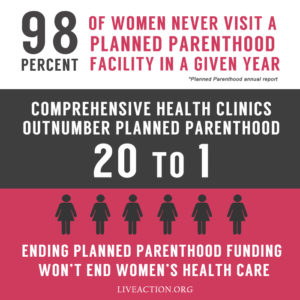 Special to ANS – Planned Parenthood recently released their annual report. To check our figures you can get it here. The American taxpayers, through our elected officials and the budget process, subsidized Planned Parenthood in 2018 with $563.8 million.  The US government provided 34% of their entire revenue. In addition, they reported an increase in overall funding (profits) of $244.8 million. Not bad for a government-supported 501c3 non-profit organization.

Planned Parenthood and their 332,757 Abortions

The ACLJ reports it like this in a recent press release: 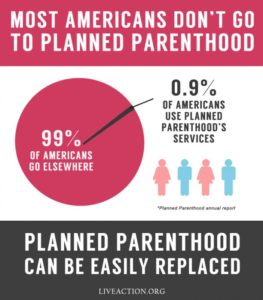 So while so many of its supposed other “services” are down, Planned Parenthood’s abortions, taxpayer funding, and profits are going up.

What Can Citizens Do?

Our main recourse is to contact our local elected officials and express our opinion that the government should not be supporting (through the grant process) any organizations that provide abortions. Most Americans (99.1%) do not use Planned Parenthood services. Officials may state that government funding is not to be used for abortions, however, by virtue of that funding, this then allows PP to shift other funds to provide abortions. (It is called a legal shell game)

Much useful information is provided by LiveAction (www.liveaction.org) started by @LileGraceRose. It is time to not only inform ourselves but to stand up for the unborn.