Top Posts
Knowing the One Who Always Keeps His Word
Pregnancy Resource Centers Fight For Life Amidst Opposition
This World is Not Our Home
Lessons Learned From a Gingerbread House
Let There Be Peace on Earth
‘I Wanna Dance’ movie: Whitney Houston’s success and...
Fact Finding, Sight Seeing, and Prayer Walking
Kidney donation led to 8 life-saving surgeries
The Power of Curiosity
When Love Came Down at Christmas
Home ANS Feature Rush Limbaugh Was A Man of Private Faith

Rush Limbaugh Was A Man of Private Faith

Murrieta, CA (ANS) – I didn’t know Rush though I felt like I did.  Millions of other listeners to his broadcast felt the same way.  Evidenced by their calls today to his program, many of them taken by his wife Katherine, the callers desired to share their story, their life’s encounter with Rush, and what he meant to them.

Rush is credited with renewing and revitalizing AM talk radio.  Many of the callers had been listening to him for 25-30 years.  One woman shared that she tuned in for the first time in July 1988 and told her husband she had finally found someone on the radio who shared her values and love of America.  Rush often described his show as the “fastest three hours on radio.”  And he was right.   Love him or hate him, he entertained, he held your attention, and he regularly expressed his deep gratitude to those who tuned in to the broadcast.

What the Media Doesn’t Tell You: Rush Gave His Life to Jesus Christ 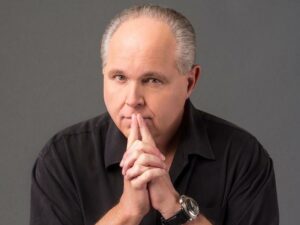 So successful professionally, Rush also faced some dark times personally – but when I went to visit him last year, I was profoundly encouraged by the faith I found.

There is something important – and exciting – that you should know about Rush.  Rather late in his life, in his final few years, Rush gave his life fully and completely to Jesus Christ.  Though he had been raised in a Christian family, this was different.  Something specific had happened in his life. He had made a very personal and profound decision.  And it changed everything.  The mainstream media – so filled with hatred for Rush – will never tell you this side of him.

Raised In A Christian Family

Raised in a wonderful Christian family in Cape Girardeau, Missouri – the heart of the American Midwest – he was steeped in Judeo-Christian values.  But from my vantage point – and I wasn’t nearly as close to him like everyone else on his team, nor am I claiming to have been – I believed he was struggling spiritually.  His younger brother, David, became a very devout follower of Jesus Christ in the 1990s. Indeed, David – a lawyer by training and profession – has gone on to write some amazing books about the Christian faith, apologetics, and the persecution of Christians.

But something happened on my trip to see him in 2020 that changed everything.  I learned the greatest possible news – that just the year before, in 2019, Rush had given his life wholly and completely to the Lord Jesus Christ.

And it wasn’t out of desperation. It wasn’t simply because he was contemplating his own death.  It was because he had truly wrestled through the claims of Jesus for himself, and come to the conclusion that Jesus really did die on the cross, rise again, and was the Messiah, the Savior, and the King of the universe.

And having placed his faith in Christ’s love and forgiveness, he now had a certain, definitive hope that he was going to heaven when he died, and peace for every day before that.

I didn’t feel at liberty to say any of this publicly, so I didn’t.  I told my wife, Lynn, and my sons and we rejoiced because we had been praying for him and his family for decades.  But then another wonderful thing happened.  I began to hear him share about his faith in Christ and newfound hope with the radio audience he loved so dearly, and who so loved him.  For such a public person, Rush was also intensely private.  But he began talking about his faith in Christ, and I knew beyond the shadow of a doubt it was real.

A lover of America.  A defender of conservative values. RIP brother.

New UK Poll Finds Perceptions of the Church Are Improving