Top Posts
Living an Imperfect, Unfinished Life
‘Nothing is Impossible’ movie: Hoops, romance, second chances
‘God’s Smuggler’ Brother Andrew passes to his reward
Cultivating a Prayer, Care, Share Lifestyle
God Has Plans for Your Life
Worth and Value in the Kingdom of God
Grandchildren Bring Joy and Opportunities to Our Lives
Embracing Change and Changing Lives
Dark Academia and Dead Monks
She ‘intensely related’ to Mary Magdalene character on...
Home ANS Feature Signs of Spiritual Awakening? 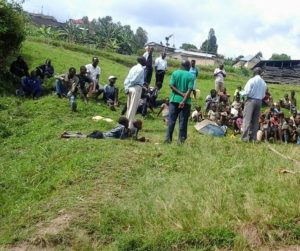 HOUSTON, TX (ANS) — Revivals, renewals and Spiritual Awakenings are in fact taking place in many parts of the world these days.  There are also many parallels when we study the major revivals and spiritual awakenings throughout history.  Revivals and spiritual awakenings in biblical times usually came during hardships and difficult times.  Significant movements of God have resulted in activating the Body of Christ and many turning to the Lord.  Throughout Scripture and Church history there are many lessons and principles that should encourage each of us as followers of Jesus.

I recently had a conversation with a friend who is a biblical scholar and historian.  He was sharing with me some of the conditions that existed just before the First and Second Great Awakenings here in the United States. Things were very bad.  There was a lot of turbulence and disturbing developments.  It is amazing when we observe the parallels between cultural issues and societal conditions between then and now.  Moral and spiritual decline seems to set the stage for revival and spiritual awakening and increasing numbers of people coming to an awareness of their need for the Lord. 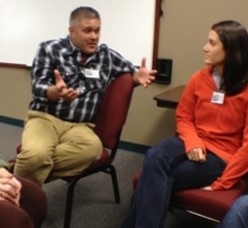 There is an abundance of information available about how the Lord worked during the Jesus movement of the 1970s.  Many sermons and lectures have been delivered, and books written giving an account of how the Lord worked during that period.  There has also been an ongoing ripple effect that is still having impact today.  It seems that it was the turbulence of the 1960s that set the stage for that movement.

In the decade of the 1980s there were several pockets of awakenings and significant movements.  A major prayer gathering of more than a million people took place in South Korea during the summer of 1984.  It was just prior to the Summer Olympic Games in Southern California.  There was a lot of prayer and preparation that went into the Olympic Outreach Coalition.  More than 70 mission groups and denominations, and 1,800 churches in the region took part in that outreach effort.  We heard reports that the crime rate in Los Angles was the lowest during that two-week period than it had been in modern history.  It was estimated that more than 1,000 people responded to the gospel every day during that period.  Dr. Ralph Winter, founder of, what was then, the US Center for World Mission, said, “It was the most lavish outpouring of effective, well organized, evangelical attention to any event in history.” 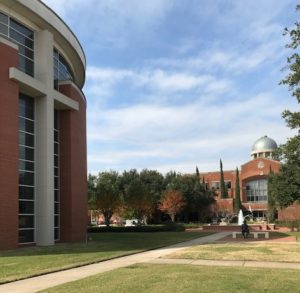 The 1984 Olympic Outreach was a catalyst and set in motion several other movements over the next few years that actually went worldwide.  The Winning Way Coalition and the International Bible Reading Association were birthed during that time. 1990 was declared the International Year of Bible Reading, by a congressional resolution and a presidential proclamation was issued by President George H.W. Bush.  A few other presidents and heads of state around the world also issued similar proclamations.  Bible reading marathons and prayer vigils were conducted all over the world, from the Mt. of Olives in Jerusalem, to Berlin, Washington D.C. and many other cities.  College and university campuses also hosted Bible Reading Marathons and Prayer Vigils.

Further Impact in the Academic Community

There was another ripple of revival and awakening that took place, initially on college, university and seminary campuses in 1995.  Beginning at Howard Payne University, then to Houston Baptist University and eventually, to more than 50 campuses around the country.  It also spread to many churches and other places.

Awakenings in Asia and Africa

Over the years it has been encouraging to hear accounts of other revivals and spiritual awakenings that have taken place in Southeast Asia and East Africa back in the 1920s and 30s.  Many books have been written about them, but there are also many people living today who were impacted and tell about those movements.  The more we know the Scriptures and the history of the work of God in the world, the greater hope we can have that He desires to do it again.

Over the past decade, through our Orality and Church mobilization strategies with Living Water International, we have experienced several encouraging spiritual movements and impact. We have received feedback where large numbers of people have come to Christ by telling Bible stories that they learned at Orality Training events. Reports of disciple-making and church planting movements have been accelerated in areas where we have conducted Orality Training. It is not only pastors and church leaders that God uses in those places. Ordinary followers of Jesus learn biblical stories, the skills of asking questions, and then go about spreading the Good News in the power of the Holy Spirit.

US Freedom of Religion Under Attack? California Bans Singing in Church