Top Posts
Knowing the One Who Always Keeps His Word
Pregnancy Resource Centers Fight For Life Amidst Opposition
This World is Not Our Home
Lessons Learned From a Gingerbread House
Let There Be Peace on Earth
‘I Wanna Dance’ movie: Whitney Houston’s success and...
Fact Finding, Sight Seeing, and Prayer Walking
Kidney donation led to 8 life-saving surgeries
The Power of Curiosity
When Love Came Down at Christmas
Home ANS Reports Spring Share 2018: You’re not imagining things; everyone is asking for money! 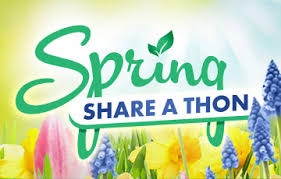 CHARLOTTESVILLE, VA (ANS, March 17, 2018) – No, it’s not just your imagination. It is “Spring Share 2018” in the world of Christian broadcasting—the season for broadcasters to make extra appeals. And, it’s not just broadcasters, many other missions and Christian charities are also scheduling banquets and special appeals timed around the coming Easter holidays.

You may have noticed that many local Christian broadcasters, including your own local stations, are having fundraising drives this week or next! 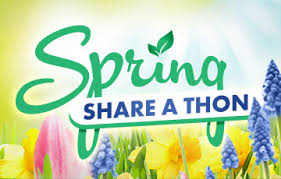 That’s because it’s prime time for what used to be called fundraising marathons in the world of public broadcasting. Big Christian networks like Moody and Bible Broadcasting Network (BBC) are joining their NPR and other secular counterparts in holding public fund drives.

It occurs every year about this time, usual for several days at most Christian stations. Over 6000 Christian and public broadcasting stations, satellites and “translators” rely on listener support or subscriptions to the keep their signals on the air.

For example, this week by noon Saturday, Moody Radio Network is seeking to raise $5.6 million dollars in pledges and offerings at their 11 owned and operated radio stations in the USA. After a week of appealing, they are 66% there as I write this on Friday afternoon. Listeners are being asked to make toll-free calls to hundreds of volunteer and paid operators who are standing by at both owned and operated as well as participating affiliate stations.

The results won’t show until all the mail is opened, but the people at Moody Broadcasting Network are confident and full of faith.

“God is doing a wonder this week,” says popular noon day host Janet Parshall in a series of media blasts to Moody donors, “to further the work of his kingdom.”

Traditionally, local Christian and public stations have announced fundraising goals, shut down regular programming and made “on air” appeals until their goals were met. By holding their favorite programming hostage, the strategy was to force donors to make a pledge or one-time gift to keep the station “on the air.”

For several reasons, this method has fallen out of favor—mostly because it is too easy for bored listeners and viewers to turn the channel and ignore the marathon!

Instead, they have found other ways to tie programs into the appeals. The most popular method now is long music specials and other “special events” to build up the audience, and then interrupt the program for 15-minute telethon appeals to impatient audiences. The pleas remain the same; call the station and make a pledge now.

Pledges are addressed and followed up the same day with direct mail “thank you” letters complete with reply envelopes and cards.  Many gifts are taken by credit card on the phone.

During “Spring Share” fundraising is integrated into programming as much as possible. There is much excitement as goals are met complete with, applause, testimonials and interviews of radio hosts and listeners. Besides the on-air fundraising pleas, the stations are sending out daily eblasts and direct mail appeals timed to arrive during the excitement of these fundraising drives.

The general result has been creeping expansion of such on-air campaigns from one night or 24 hours to a week, two weeks and even month-long efforts. At most stations, every show host, announcer, or disk-jockey makes appeals until the local fundraising goals are met—at least for this spring.

About the writer: Bill Bray, 71, is an author and journalist who serves as a bi-vocational media missionary. He is the author of 13 books on missions including “Called to All: How I Discovered the Power of a Yielded Life” from Zondervan/WestBow Press. A campus missionary, he is president of the Overseas Students Mission. He is a regulator contributor to ASSIST News and can be reached at bray.william@gmail.com

Rock Gets Religion: The Battle for the Soul of the Devil’s Music