Top Posts
When Love Came Down at Christmas
A Walk of Faith Begins with a Step...
God is Rich in Mercy
Everyone has a Story to Share
‘Till’ movie: Racial murder helped spark civil rights...
Leaning His Head On Jesus, This Evangelist Hears...
Timing, common ground, and fruitfulness in witness
Step Out of the Traffic
In Support of Ukraine
Living an Imperfect, Unfinished Life
Home ANS Reports Student missions starting new term with Small group Bible study fellowships 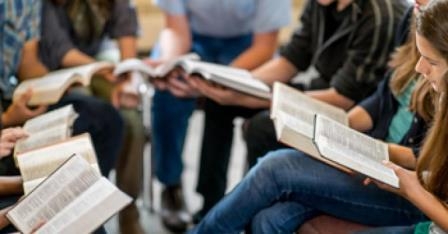 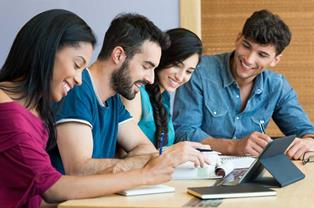 CHARLOTTESVILLE, VA (ANS, January 11, 2018) — Nationally, thousands of campus ministries are starting small groups as the new term begins this week at collages across the country.

Just here at the University of Virginia, over 30 campus ministries are starting the new semester with small group fellowship meetings.

Most are focused on Bible study, and are led by student leaders. Many include shared meals, conversation and social events — and some are organized in conjunction with local campus churches in surrounding communities.

Most of the Bible Studies and small groups are related to national networks as part of the run-up to the Intercollegiate Day of Prayer on February 22.  Students are being invited to join in 40 days of prayer and fasting with the Collegiate Jesus Fast starting this Sunday, January 13 and continuing through the national student day of prayer.

For the last two years, OSM has been coordinating the movement here along with the UVA Student Prayer Collective, Intervarsity Christian Fellowship, and other campus ministries which are part of The UVA Grounds Fellowship.

Prayer meetings and small groups at local colleges and Universities are key feeders leading up to Urbana 18 Student Missions Conference next Christmas in St. Louis. Urbana 18 brings together national Christian student movements every three years and over 20,000 students are expected to attend this year.

Since 2016, thousands of student leaders from 300 campuses have united to pray for the 1,500 “target campuses” where the annual Collegiate Day of Prayer will be held on February 22.

Organizers of the February 22 event say they have a goal of starting “a new Jesus Movement for a new century” on college campuses around the world.

Student mission leaders say they are fasting and praying not just for another Jesus Movement but a visitation of the Holy Spirit that began the Student Volunteer Movement on East Coast campuses in the 19th Century. That movement at UVa resulted in hundreds of students going overseas as missionaries over several decades.

National registration for the movement is available at www.collegiatejesusfast.com with local sign-up at www.OSMission.org or Box 6511, Charlottesville, VA 22906.

About the writer: Bill Bray is a Christian journalist who specializes in missions and student ministries. He is the author of, Called to All: How I discovered the power of a yielded life. He welcomes interaction with our readers and can be contacted at bray.william@gmail.com