Top Posts
Knowing the One Who Always Keeps His Word
Pregnancy Resource Centers Fight For Life Amidst Opposition
This World is Not Our Home
Lessons Learned From a Gingerbread House
Let There Be Peace on Earth
‘I Wanna Dance’ movie: Whitney Houston’s success and...
Fact Finding, Sight Seeing, and Prayer Walking
Kidney donation led to 8 life-saving surgeries
The Power of Curiosity
When Love Came Down at Christmas
Home ANS Reports Surgeon General: COVID deaths during Holy Week reminder of sacrifice of Jesus 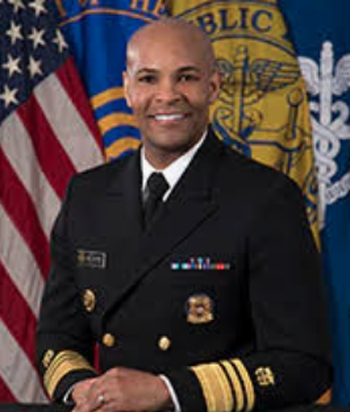 deaths during Holy Week and Christ’s sacrifice on the cross.

Dr. Adams, a board-certified anesthesiologist, served as the Indiana State Health Commissioner before he was appointed the 20th Surgeon General of the United States.

Broadcaster Ed Henry asked Adams about Americans’ increased reflection about spiritual matters and what is important in their lives during the present crisis, particularly at Passover, Good Friday, and Easter.

New York has one of the highest populations of Jewish people outside of Israel and they would normally be gathering in groups to celebrate the Passover Seder.

In the first Passover, the Hebrew people huddled in their homes and sacrificed a spotless lamb. The blood of the lamb placed on their doorposts protected them from a plague of death that swept through Egypt.

For Christians, Passover is symbolic of the ultimate sacrifice made by Jesus Christ, called “The Lamb of God,” who died on a cross for the sins of the world. His shed blood means Christians need not fear the plague of death.

“I think it is oddly fitting that this is occurring during Holy Week,” Surgeon General Adams replied, “that we are hitting our peak number of cases in the United States, because Holy Week is about recognizing sorrow, sadness, the ultimate sacrifice, but realizing there is salvation at the end.

“This is going to be a sad week but there is salvation at the end,” he exclaimed.

Easter Across America: It’s Time to Put Pandemic on Pause