Top Posts
Colorado football coach Sanders’ unabashed faith
There’s A Light That Enters Houses With No...
Knowing the One Who Always Keeps His Word
Pregnancy Resource Centers Fight For Life Amidst Opposition
This World is Not Our Home
Lessons Learned From a Gingerbread House
Let There Be Peace on Earth
‘I Wanna Dance’ movie: Whitney Houston’s success and...
Fact Finding, Sight Seeing, and Prayer Walking
Kidney donation led to 8 life-saving surgeries
Home Tags Posts tagged with "Adrian Hawkes" 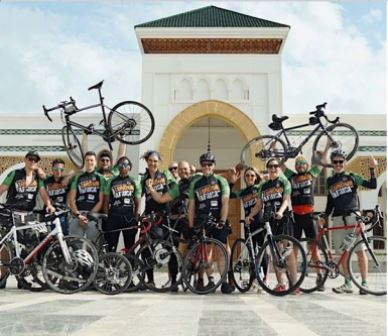 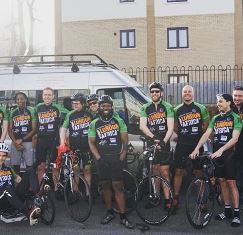 LONDON, UK – There is lots of bad news with regards to young people these days – a lot of fake news included. Well, it’s time for a change.

A group of around 16 young people from South and North London (Roehampton and Tottenham respectively) set out a few weeks ago to cycle – get ready for it – from London to Africa. As you do!  No! That isn’t a typo. We are talking of the cycle ride of a lifetime from “Jolly old London Town” to equally jolly Morocco.  They might even end up in Casablanca. (I wonder if “Rick’s Place” is still open. Lol! “Here’s looking at you kid.”

If you haven’t seen the classic movie, forget that remark) This exciting and daring venture was organised by Andy Smith of “Regenerate.” He, together with the committed group of friends, decided to make the mammoth cycling journey while carrying the hope of raising £30,000 for work on London housing estates amongst young people, giving them challenge and purpose. If they were crows they could straight line is for something like 1,200 miles. But crows they aren’t. and straight-line roads there are not any. 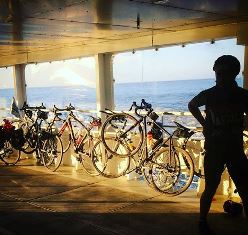 “Regenerate” already runs a “feel good” bakery in London.  They make sandwiches, lunches and snacks every day and sell them to local companies and their extensive work forces.  Even the local university is taking a considerable supply of foodstuffs to keep the brains of academia working.  Each sandwich and food item sold contributes £1.00 towards feeding hungry children in Romania and Kenya. On top of that the Regenerate operation employs young people that have been unable to get work.  It also takes on some who have been through the justice system, which makes getting work, after sentencing, even harder for them.

The entire operation, cycling with a crowd to Africa from London, has been watched on social media by quite literally millions of people, many contributing and fundraising for them.  They hit the £30,000 target on the final day as they cycled into Africa from Spain. 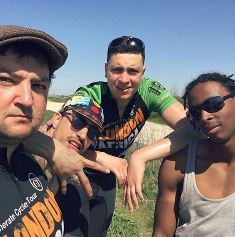 The challenge that Regenerate set everybody involved, was the idea to ask people to sponsor all and any the riders.  They estimated that it would take three weeks to get there cycling, sometime, 100 miles per day. Placed against all the “bad news” stories that affect young people today, I think this is one of the best “good news” accounts I have heard of for a long time. For over a million followers it has been a fun thing to watch the intrepid sixteen adventurers on social media, enjoying and listening to the chat on the way, the scenery, as well as the wrong routes.

Many watched with bated breath when at one stage, the whole sixteen ended up carrying their bikes through a forest, only to end up at a river with no crossing. Agh!  However, for everything I know about these 16 heroes, no matter how deep their frustration, I believed they would make it successfully and achieve their goal and target.

If you want to watch how they did it, and especially if you want to contribute to the target of £30,000.00 get to grips with what’s happening at https://www.youtube.com/watch?v=-5H0fVLKk6Q. 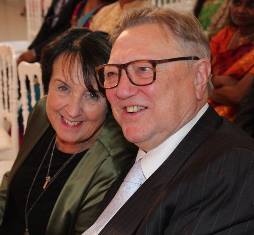