Top Posts
Colorado football coach Sanders’ unabashed faith
There’s A Light That Enters Houses With No...
Knowing the One Who Always Keeps His Word
Pregnancy Resource Centers Fight For Life Amidst Opposition
This World is Not Our Home
Lessons Learned From a Gingerbread House
Let There Be Peace on Earth
‘I Wanna Dance’ movie: Whitney Houston’s success and...
Fact Finding, Sight Seeing, and Prayer Walking
Kidney donation led to 8 life-saving surgeries
Home Tags Posts tagged with "Albuquerque"

A look at the use of hands in the Bible, using the metaphor to help, hold, and heal in the coming year 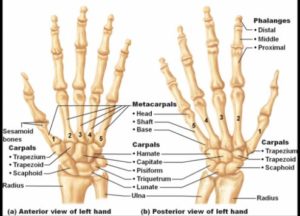 ALBUQUERQUE, NEW MEXICO—There are twenty-seven bones in the human hand: eight carpal, fourteen proximal, and five metacarpals.  Every finger (phalanges) contains three bones, except for the thumb, which has two.  There are twenty muscles that assist the human hand for movement, working in conjunction with tendons and ligaments. Hands are a vital (though not indispensable, as many people without hands attest) part of the human body; they are a wonder of engineering, a marvel of creation.

Hands as a Metaphor

It’s no wonder that the writers of scripture often reference God’s hands within the text.  Using anthropomorphism (human qualities to describe God), the authors of the Bible employ hands as a powerful metaphor and analogy.

Artists picked up on the powerful symbol of hands, often using hands to represent a pivotal moment in history or a theological truth.  Think of Michelangelo’s Sistine Chapel where God reaches out to touch the hand of Adam, representing the moment of human creation.  It’s an image etched in our culture and conscious.  Michelangelo’s Sistine Chapel image is so great, in fact, that parodies of it exist throughout the world. 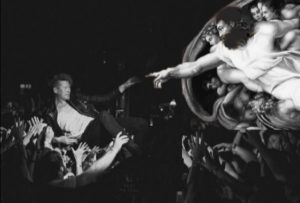 Stephen Christian of Anberlin at a Tampa, Fl concert

One recent parody is of Stephen Christian of the rock band Anberlin.  After a homecoming concert in Tampa, Florida, one fan posted an image of Stephen crowd surfing while God is reaching out his hand to touch the singer.  Caricatures like this abound.

As I was walking an art exhibit at the Albuquerque Museum of Art entitled Images of Vision of the Hispanic World, I couldn’t help but notice the use of hands by various artists, reminding me of God’s loving, yet corrective hands. 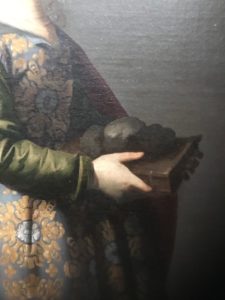 Using the metaphor of hands, here’s five sections of Biblical truth to help jump-start the New Year, knowing God’s compassion and concern will often lead to correction, a means to craft us into the image of Christ.  Adopt these references as a point of contemplation on God’s handiwork. 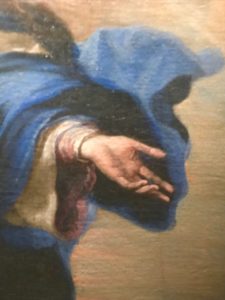 Remember this: the hearty hands of God will help, hold, and heal you—spiritually speaking, this coming year.  Grasp them with great gusto, knowing that when we humbly reach out to the Lord, God’s mighty hand will lift you up in due time (see I Peter 5:6).

For information on Images from Visions of the Hispanic World at the ABQ Museum of Art, click here: https://albuquerquemuseum.org/visions-reg/