Top Posts
There’s A Light That Enters Houses With No...
Knowing the One Who Always Keeps His Word
Pregnancy Resource Centers Fight For Life Amidst Opposition
This World is Not Our Home
Lessons Learned From a Gingerbread House
Let There Be Peace on Earth
‘I Wanna Dance’ movie: Whitney Houston’s success and...
Fact Finding, Sight Seeing, and Prayer Walking
Kidney donation led to 8 life-saving surgeries
The Power of Curiosity
Home Tags Posts tagged with "Contemporary Christian Music" 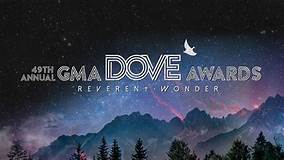 The 49th Annual GMA Dove Awards will be held tonight on Tuesday, October 16, 2018 live from Allen Arena at Lipscomb University in Nashville, Tennessee at 6:30 p.m. CT. The show will air exclusively on the Trinity Broadcasting Network (TBN) on Sunday, October 21th at 8 p.m. CT/9 p.m. ET.

“God is doing amazing things through our artists and their music. This year’s theme Reverent Wonder celebrates the greatness of God and acknowledges His powerful message of hope for the world,” said GMA President Jackie Patillo.

A full list of nominees is available at https://doveawards.com/awards/2018-nominees/.  For more information on the Dove Awards, go to www.doveawards.com.

Here’s a look at some of this year’s nominees:

Artist of the Year

Song of the Year

New Artist of the Year

Gospel Artist of the Year

Worship Song of the Year

Pop/Contemporary Recorded Song of the Year

The GMA Dove Awards celebrate the contributions of artists from every style of Christian/Gospel music. Nominees are determined by GMA’s professional members, and winners are voted on by the entire GMA membership.