Top Posts
Colorado football coach Sanders’ unabashed faith
There’s A Light That Enters Houses With No...
Knowing the One Who Always Keeps His Word
Pregnancy Resource Centers Fight For Life Amidst Opposition
This World is Not Our Home
Lessons Learned From a Gingerbread House
Let There Be Peace on Earth
‘I Wanna Dance’ movie: Whitney Houston’s success and...
Fact Finding, Sight Seeing, and Prayer Walking
Kidney donation led to 8 life-saving surgeries
Home Tags Posts tagged with "Emergency Surgery"

Pastor Rick Warren to Preach several times over the Holidays

“He is home and recovering well, but slowly,” said Mark Carver, a church spokesman, according to the Orange County Register. 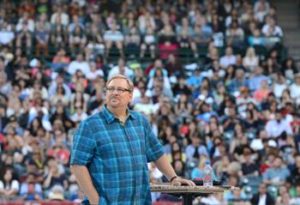 Pastor Rick Warren preached at Angel Stadium in this file photo from 2015.

“At the hospital, the staff got my CT scan which revealed that my intestine had perforated (torn) and was releasing infection into the abdominal area,” Warren stated in an email to his congregation on Saturday, Nov. 9.

According to the church, Warren is entering one of his busiest times of the year. There are at least a dozen church services planned for the Christmas season at Saddleback, and Warren typically preaches 10.

Carter said the recovery shouldn’t keep Warren from his usual duties. “We’re expecting him to preach,” he said.

Warren is scheduled to undergo follow-up surgery in January, with a three-to-five-week recovery period, Carver said.

“It’s nothing life-threatening,” he said.