Top Posts
Knowing the One Who Always Keeps His Word
Pregnancy Resource Centers Fight For Life Amidst Opposition
This World is Not Our Home
Lessons Learned From a Gingerbread House
Let There Be Peace on Earth
‘I Wanna Dance’ movie: Whitney Houston’s success and...
Fact Finding, Sight Seeing, and Prayer Walking
Kidney donation led to 8 life-saving surgeries
The Power of Curiosity
When Love Came Down at Christmas
Home Tags Posts tagged with "Fulani militia"

KADUNA, Nigeria (ANS) — At least 10 people have been killed and around 28 abducted in a series of attacks by armed assailants of Fulani origin that occurred between October 26 and November 7 in southern Kaduna. 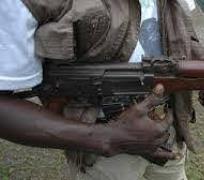 Christian Solidarity Worldwide (www.csw.org) reports that on November 7 armed men attacked the Karji suburb of Kaduna City and abducted five daughters of Pastor Istifanus Tiswan of Christ Embassy Church and two other individuals, one of whom had been displaced by violence. On November 6 John Musa, 45, Habila Ibrahim, 42, Maikudi Wasa, 25, and Samaila Audu, were killed and David Umaru, 27, was injured in an attack by Fulani assailants on the Kasaya community in the Kunai Ward of Chikun Local Government Area (LGA).

CSW said the attacks are the most recent in another uptick in violence in southern Kaduna which began on October 26. On October 26, Dachomo Alamba, 20, died and Irmiya Bitrus, 20, was severely injured in an attack by armed Fulani assailants that occurred on the outskirts of Kwakwa village in the Zangon LGA in the Atyap Chiefdom, Kwakwa village. According to a statement issued by the Southern Kaduna Peoples Union (SOKAPU) on October 30, Mr Alamba was the fifth member of the Atyap community to die at the hands of Fulani assailants since Atyap leaders concluded a peace agreement in August with long-term Fulani and Hausa residents.

On October 29, Mr Ezra Nayaro, 45 and a father of seven, was shot dead by assailants on the Buruku-Damba-Kasaya road in Kunai ward, Chikun LGA, while another man escaped by fleeing into the bush.

Also on October 29, four people lost their lives in three separate attacks in Kajuru LGA. Mr Kaduna Garba, 32 and a father of two, was killed, and his relative Francis Bala, 38, was severely injured by assailants armed with knives and machetes as they travelled from the Internally Displaced Persons (IDP) camp in Kallah town where they currently reside to check on their home village of Magunguna. Two people were killed and around 15 were abducted during an attack on Katura road in Kajuru LGA that occurred at around 3pm, and one person was killed during an attack at 7pm on Maru road, also in Kajuru LGA.

According to the media house WarDesk, on November 1, Fulani assailants descended on Kugosi Village in Chikun Ward, Chikun LGA, and abducted David Sunday, 7, Ezra Peter, 15, Lydia Hosea, 26, Talatu Tanko, 43 and a mother of seven, Rebecca Ayuba, a 39-year-old mother of five, and Mary Ayuba, aged 25 and a mother of one.

CSW said the attacks resumed even as the Kaduna state government deployed military helicopters to Chikun and Kaduna South LGAs to trace citizens suspected of having looted government warehouses. For reasons that remain unclear, food that should have been distributed for free to offset the hardship occasioned by COVID-19 lockdowns was being stored in the warehouses. The military has also been deployed in several states where similar warehouses were discovered and raided. Hundreds of alleged looters have reportedly been arrested, with many currently facing trial.

CSW said the roll out of military hardware and personnel to address the actions of unarmed civilians has occurred against the backdrop of increasing insecurity. On the same day as members of the Nigerian Army opened fire on a peaceful sit in in the commercial capital Lagos, at least 20 people were killed in Zamfara state in the north west when armed bandits of Fulani origin arrived in Tungar Kwana village in Talata Mafara LGA on motorcycles.

On October 29, four people died in an attack by armed bandits at Gidan Goga village in Maradun LGA, Zamfara state, while one person was killed and around ten were abducted from the Dan Kurma community in Maru LGA, also in Zamfara. On the same day, bandits attacked Diskuru village in Dandume LGA in Katsina state, also in northwest Nigeria, killing at least 12 residents, four vigilantes and a police officer. News recently emerged indicating that farmers in Zamfara and in Katsina, the president’s home state, are obliged to pay bandits harvest fees before they can access their farms.

In the north east of the country, on October 29, Boko Haram fighters in six pickup trucks attacked Takulashi village, killing 12 people and abducting seven. Takulashi is 18km from Chibok town, where the terrorists abducted over 200 schoolgirls in 2014.

CSW reports the United Arab Emirates (UAE) recently convicted six Nigerians who transferred $782,000 to Boko Haram between 2015 and 2016, assisted in Nigeria by two operatives, one of whom was described as being a government official.
Additionally on November 14, gunmen invaded Nuhu Bamalli Polytechnic in Zaria, Kaduna State and abducted a lecturer and two of his children in the first attack of this kind.

Moreover, CSW said that having initially recognised that the #EndsSARS protestors were exercising a legitimate and constitutionally guaranteed right, the government has now embarked on actions that effectively stifle the freedoms of expression, peaceful assembly, and the press.

According to CSW, three media houses were each given N3million fines by the National Broadcasting Corporation on account of their #EndSARS coverage, and a restrictive social media bill has passed its second reading. The bank accounts of 19 people and a public affairs company deemed to have played prominent roles in the protests have been frozen for 90 days with the option of renewal upon expiry.

Five young protesters, one reportedly a minor, and a citizen journalist were initially remanded in custody until January 25, 2021, but have now been granted bail, while the passport of at least one relief coordinator for the #EndSARS protests was seized.

Obianuju Catherine Udeh, popularly known as DJ Switch, whose live streaming of events at the Lekki Toll Gate provided evidence of military involvement in the killings of protestors, has been forced to flee the country. In an apparent attempt to withdraw registration from the civil society organisation Enough is Enough (EiE), Nigeria’s Corporate Affairs Commission mistakenly targeted an organisation with a similar name. Finally 50 individuals, including a pastor, activists and musicians face criminal charges for their alleged roles in the protest.

CSW’s Founder President Mervyn Thomas said: “CSW is deeply disturbed by the relentless suffering of civilians in Kaduna, Katsina, Zamfara and elsewhere at the hands of armed non-state actors. We are also concerned at ongoing efforts to stifle freedom of expression, muzzle the press and close civic space that appear to have official sanction. Even more concerning are the misplaced priorities of authorities at both state and federal levels who are bent on penalising peaceful protest and punishing civilians who looted COVID-19 palliatives, rather than addressing the critical decline in security.

“We urge the Nigerian authorities to address every source of insecurity as a matter of urgency; to end the harassment of civil society organisations, activists and ordinary members of the public involved in legitimate expressions of dissent, to investigate the hoarding of foodstuffs that should have been distributed to the public, and to respect the fundamental rights and freedoms articulated in the constitution and in international legislation to which Nigeria is party.”