Top Posts
Knowing the One Who Always Keeps His Word
Pregnancy Resource Centers Fight For Life Amidst Opposition
This World is Not Our Home
Lessons Learned From a Gingerbread House
Let There Be Peace on Earth
‘I Wanna Dance’ movie: Whitney Houston’s success and...
Fact Finding, Sight Seeing, and Prayer Walking
Kidney donation led to 8 life-saving surgeries
The Power of Curiosity
When Love Came Down at Christmas
Home Tags Posts tagged with "I Am Second"

PLANO, TX (ANS) – Chad Robichaux is a best-selling author and champion MMA fighter, and joined the Marines at the age of 17.

Deploying to Afghanistan, he fought in combat and began to experience panic attacks and uncontrollable anger, eventually being diagnosed with PTSD. Living in brokenness, Robichaux struggled as he no longer had the identity of an active Marine and even thought about ending his life.

“I tried pills, MMA fighting, counseling, jujitsu, but nothing was working. It was time for me to try something different,” said Robichaux. 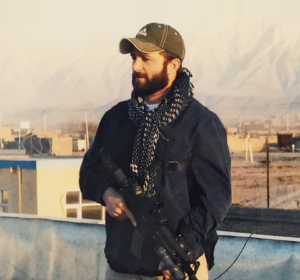 “I decided to surrender my life to Christ at that moment and step into the life that Christ intended me to live,” he said, adding: “It is very easy to focus on yourself, your own circumstances and self-pity and miss the very fact that many of those around you are experiencing the very same thing.”

Ahead of Memorial Day and PTSD Awareness Month in June, Robichaux, global storytelling organization I Am Second in association with Mighty Oaks Foundation and Global Digital Releasing are releasing the film, “Never Fight Alone.”

The 30-minute program, available for a limited time on www.iamsecond.com, unfolds the challenges many veterans face, specifically the battle with PTSD that leads to over 20 suicides a day and a staggering divorce rate amongst military families.

“When you are going through an impossible situation you often think you are all alone and that no one can possibly experience what you are experiencing, no one can feel what you feel and no one can understand,” said Robichaux, founder of the Mighty Oaks Foundation.

“Never Fight Alone” shares Robichaux’s struggles after coming home from Afghanistan with PTSD and a failing marriage and what led him to create the Mighty Oaks Foundation. It also includes testimonials from veterans, both men, and women, sharing how the programs completely transformed the trajectory of their lives and directed them to discover purpose and overcoming past traumas. View Never Fight Alone here: https://tinyurl.com/tvr45dm

“This new film is for veterans and their families, those that love and support them, and for anyone who doesn’t want their past to define their future,” said John Humphrey, I Am Second Vice President.

“It gives the viewer a unique perspective on a condition that affects the lives of many military families, while also sharing stories of veteran’s personal struggles and triumphs.”

Realizing that countless other combat veterans face the same psychological, emotional, and spiritual challenges he did after his service in Afghanistan, Robichaux founded Mighty Oaks Foundation.

Offering a variety of programs, the organization encourages veterans to find hope and purpose beyond their military service, grabbing hold of a future worth living again. The name was inspired by the scripture Isaiah 61:3 that says we can rise from the ashes and become mighty oaks of righteousness.

The Mighty Oaks Foundation is committed to serving the brokenhearted by providing intensive peer-based discipleship through a series of programs, outpost meetings, and speaking events. The Mighty Oaks Warrior Programs hosts such Men, Women, and Marriage Advance Programs at multiple locations nationwide. The Warriors who attend are fully sponsored for training, meals, and lodging needs to ensure that upon arrival to the ranch, each Warrior is focused solely on his or her recovery and identifying purpose moving forward. For more information, visit https://www.mightyoaksprograms.org.

To learn more about Mighty Oaks Foundation or watch “Never Fight Alone” visit, https://www.iamsecond.com/film/never-fight-alone . The film will be available on I Am Second for viewing through the end of June 2021.

I Am Second is a non-profit launched in 2008 that ignites hope and inspires people to live for God and for others. Its website, www.iamsecond.com, features written and film-based stories of more than 100 athletes, actors, models, musicians, cultural influencers and everyday people who have stepped in front of the camera and declared, “I Am Second.” For information, visit www.iamsecond.com .