Top Posts
Pregnancy Resource Centers Fight For Life Amidst Opposition
This World is Not Our Home
Lessons Learned From a Gingerbread House
Let There Be Peace on Earth
‘I Wanna Dance’ movie: Whitney Houston’s success and...
Fact Finding, Sight Seeing, and Prayer Walking
Kidney donation led to 8 life-saving surgeries
The Power of Curiosity
When Love Came Down at Christmas
A Walk of Faith Begins with a Step...
Home Tags Posts tagged with "Iran church"

For the last few years, researchers have credited the underground church in Iran as the fastest growing Christian 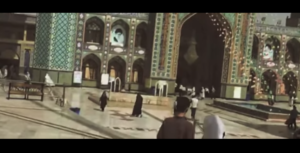 screenshot from “Sheep Among Wolves”

church in the world. It has unique characteristics that defy comparison with churches in America and Europe, and in the opinion of some who know it well, the church in the West could learn by studying it.

“The fastest growing church in the world has taken root in one of the most unexpected and radicalized nations on earth,” according to “Sheep Among Wolves,” the outstanding two-hour documentary about the revival that has taken place inside Iran. “The Iranian awakening is a rapidly reproducing discipleship movement that owns no property or buildings, has no central leadership, and is predominantly led by women.”

The documentary was produced by Frontier Alliance International (FAI), which supports disciple-making teams targeting the “unreached” and “unengaged” within the 10/40 Window.

There is a mass exodus leaving Islam for Christianity within Iran, according to FAI.

Many of the ruling class still follow Islam, “because that’s where the high paying jobs are,” according to the film, but the majority of the ordinary people love God and recognize that Islam is the problem.

“What if I told you the best evangelist for Jesus was the Ayatollah Khomeini?” an Iranian church leader asks. He maintains the ayatollahs brought the true face of Islam to light and people discovered it was a lie, a deception. “After 40 years under Islamic law — a utopia according to them — they’ve had the worst devastation in the 5,000 year history of Iran.”

“So our model inside Iran is that we don’t convert to disciple, we disciple so we can convert.”

Often a disciple making movement (DMM) begins the first moment someone comes into contact with an unbeliever. “Everything is foundational on prayer. We find people of peace through prayer. We even find locations through prayer,” the Iranian church leader noted.

“When we do DMM, Jesus has gone faster than us. He has come in their dreams or he’s come miraculously in their lives. When we hear this, we know that Jesus has gone ahead of us.”

“One thing powerful with DMM is that it is obedience-based discipleship. It is based on the authority of Scripture and every time you read the Scripture you must obey it. This is how people become conformed to the image of Christ and sanctified. They are not just reading the Bible for information. They are reading the Bible to get transformed.”

About 55% of the disciple makers are women, according to one Iranian leader.