Top Posts
Knowing the One Who Always Keeps His Word
Pregnancy Resource Centers Fight For Life Amidst Opposition
This World is Not Our Home
Lessons Learned From a Gingerbread House
Let There Be Peace on Earth
‘I Wanna Dance’ movie: Whitney Houston’s success and...
Fact Finding, Sight Seeing, and Prayer Walking
Kidney donation led to 8 life-saving surgeries
The Power of Curiosity
When Love Came Down at Christmas
Home ANS Feature Imprisoned Iranian pastor got help from unlikely source to spread Gospel

Mojtaba Hosseini, 30, was the leader of a fast growing house church movement in Iran until the authorities raided his 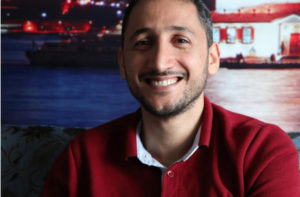 church, arrested him, and sentenced him to three years in the notorious Evin Prison.

Like all Iranian Christians, Hosseini knew the risks involved with his underground activities, according to a report by Open Doors.

“Why didn’t I stop my work for the church after I was first arrested?” Hosseini asked. “I don’t really know. There was no logical explanation, but we felt that the Lord wanted us to continue. We knew this would mean we could get arrested at any moment.”

In prison, Hosseini learned to pick up his cross daily. “I Corinthians 1:29 says that ‘God did all this to keep anyone from bragging to Him,” he said. “It’s all about God, not about me.”

‘IT’S NOT ABOUT YOU’

When his circumstances appeared hopeless and desperate, he turned to God in prayer.

“I prayed; that was all I could do,” he said. “At first, they were prayers of repentance. I thought God was punishing me for my mistakes by putting me in prison.” That was the moment, he says, he realized he was “nothing.”

“Then the Lord spoke to me. He said: ‘Stop being selfish Mojtaba, it’s not about you; it’s about Me. Look around you.’”

He began to look at the desperate people around him with a new set of eyes, as God sees them.

“I saw poor people, people who had committed the worst crimes. People that felt so alone.”

Suddenly, Hosseini felt prompted by the Holy Spirit to share God’s Word with the prisoners around him: “God spoke again to me, saying, ‘It is time that you share Me with them. They need Me.’”

Then Hosseini received a valuable insight from God: “It’s funny how God works sometimes. It would have been absolutely impossible for us to pass the big gates of prison to bring the gospel to those who needed him so badly inside. But God just placed me and other Christians inside the prison, among them to shine His light.”

AN UNLIKELY SOURCE IN AN IRANIAN PRISON

Tentatively at first, the church leader began to share his testimony and the gospel with the other prisoners. Some received Jesus and were born again; others were happy to receive prayer, even if they continued to have doubts.

Hosseini did not have a Bible with him in prison and boldly began to request one from the guards.

“I didn’t get one,” he told Open Doors. “None of the Christians did.”

But God heard his prayer and provided Scripture through one of the most unlikely sources.