Top Posts
Knowing the One Who Always Keeps His Word
Pregnancy Resource Centers Fight For Life Amidst Opposition
This World is Not Our Home
Lessons Learned From a Gingerbread House
Let There Be Peace on Earth
‘I Wanna Dance’ movie: Whitney Houston’s success and...
Fact Finding, Sight Seeing, and Prayer Walking
Kidney donation led to 8 life-saving surgeries
The Power of Curiosity
When Love Came Down at Christmas
Home Tags Posts tagged with "Myanmar (Burma)"

WILLS POINT, TEXAS — GFA (Gospel for Asia, www.gfa.org)  has issued an urgent prayer appeal on behalf of one of its field-partner workers who was abducted at gunpoint in Myanmar, formerly Burma. 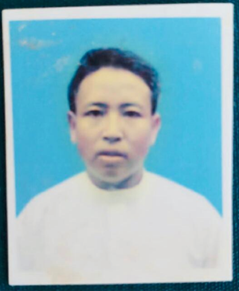 Tun N., aged 41, who pastors a congregation in the country’s western Sittwe District, was last seen when he was taken from his home the evening of Jan. 19. Married with three children, he leads a church of around 50 members.

“We are extremely concerned for Pastor Tun’s safety, and we appeal to Christians around the world to join us in praying for his release without harm,” said GFA founder Dr. K.P. Yohannan.

Armed members of a rebel group abducted Pastor Tun, telling him that their leader wanted to ask him some questions. The incident was reported to local officials, who have not been able to locate him. Pastor Tun’s wife, local church members, and regional church leaders have been unsuccessful in learning his whereabouts.

“Please pray earnestly for peace and strength for Pastor Tun, wherever he may be, and for comfort for his family and church members,” Yohannan added. “And we are also praying for those who have taken him, that God will  touch their hearts and reveal his love to them, and cause them to release Pastor Tun.”

Pastor Tun is a graduate of GFA’s field partner’s seminary in Yangon. His abduction is the first incident of its kind for GFA-supported ministry in Myanmar, which includes several hundred congregations.

“Just as the apostle Peter was miraculously freed from jail as his friends interceded for him, so we hope to see Pastor Tun restored to his family as his brothers and sisters in Christ pray on his behalf,” said Yohannan.