Top Posts
God Saves Your Tears in His Bottle
Overcoming Common Misconceptions and False Assumptions
Character-Building Dilemmas
Set Your Heart on Things Above
The Power of Facilitating Partnerships and Collaboration
When We Don’t Feel Worthy
Vision For One Billion Souls By 2030 Unites...
Middle East Christian Converts Receive Bullet Death Threats
The World Needs More Audras
The Significance of the Seventh Man
Home ANS Reports Behind the bad press about Myanmar, God is moving in miraculous ways 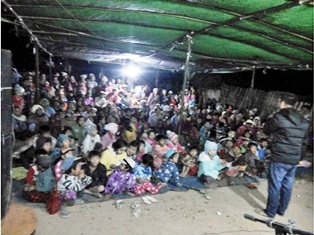 YANGON, MYANMAR (ANS — March 14, 2018) — Since Burma achieved independence from the British in 1948, the country now called Myanmar has been embroiled in civil war, as various ethnic groups have waged bitter battles against the military-led government.

After the military junta disbanded in 2011, their fragile, emerging democracy has been stung by claims of late that the government is systematically conducting genocide against ethnic minorities in the eastern part of the country near Bangladesh.

Yet behind the disturbing headlines, God is on the move, as confirmed by interviews with pastors at a recent conference organized by Global Disciples in Myanmar.

“In the last three years, God has opened the door wide to the gospel in Myanmar. But we don’t know how long it will be open,” says Brother Matthew*, one of the organizers of the conference. 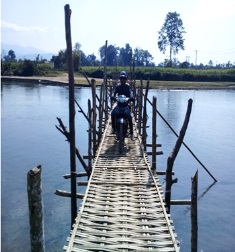 He has been involved in street ministry since he was in his teens and is currently overseeing an effort to plant churches among unreached people groups throughout South Asia. “We want to nurture what is growing and multiplying,” he says. “Not just addition, but multiplication.”

Pastor Imo is one of the pastors multiplying the church by going to tribal groups in southern Myanmar that have never heard the name of Jesus. “By the grace of God we went from village to village and many accepted Jesus as their Savior. We went to some places not reachable by boat or motorbike. So we went on foot,” he reports.

“We baptized 15 into the kingdom and welcomed them into the church. During our outreach God enabled us to perform a miracle in three places. One brother could not walk due to a knee problem and after we prayed he was able to walk.”

Another miraculous healing happened with a Hindu woman that had suffered with epilepsy for many years. “When we prayed in the name of Jesus she was healed,” he says.

They came upon a mother unable to feed her baby because there was no breast milk. “The baby was crying all the time. In their traditional beliefs they thought they could put a root in the baby’s mouth, but it was worse than before. When we reached that baby and mom and when we prayed in the name of Jesus, the crying suddenly stopped and to God’s glory, after that the family came to church and dedicated their baby to the Lord.”

“All this happened not because of our might but because of the power of the Holy Spirit,” he adds.

In northern Myanmar, Pastor Than conducted an outreach in a small town, where he encountered a woman suffering from tuberculosis for many years. “We met her during the outreach. God heard our prayer and she was healed from TB.”

“Some places are not reachable by motorbike and we had to walk all day and into the night to reach them. When we did our training and outreach, 10 people were added into the kingdom and baptized. A man named Tan was a leader in witchcraft, but when we reached him with the gospel he left his witchcraft to follow Jesus.”