Top Posts
Colorado football coach Sanders’ unabashed faith
There’s A Light That Enters Houses With No...
Knowing the One Who Always Keeps His Word
Pregnancy Resource Centers Fight For Life Amidst Opposition
This World is Not Our Home
Lessons Learned From a Gingerbread House
Let There Be Peace on Earth
‘I Wanna Dance’ movie: Whitney Houston’s success and...
Fact Finding, Sight Seeing, and Prayer Walking
Kidney donation led to 8 life-saving surgeries
Home Tags Posts tagged with "near death experience" 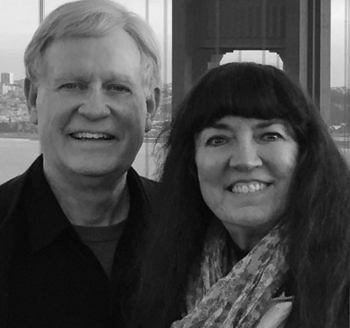 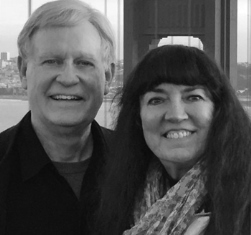 TAIWAN (ANS — April 3, 2018) — Only 12 percent of people who experience cardiac arrest outside a hospital live to tell about it. Miraculously, Dr. Steven Long was in that number. He and his wife Vicky are co-founders of Global Champions, an organization that teaches young people life skills and character development in schools and businesses in several countries.

Steven’s heart attack struck during a ministry trip to Taiwan. On May 1, 2014, the air was so humid Steven felt like he was inhaling hot water. He had just finished two exhausting weeks of speaking engagements, with sleepless nights, back-to-back meetings and a full agenda of ministry.

That fateful morning, when the heart attack began he fell to the bathroom floor and passed out. When he awakened, he took a nitroglycerin tablet hoping to prevent death and called 911. Somehow, he managed to open the apartment door to let paramedics in.

An ambulance rushed him to the nearest hospital, but his heart would not keep beating. It flat-lined six times in route, so the EMTs kept him alive by defibrillation.

The paramedics called the hospital’s top-rated heart surgeon to meet them at the ER. Though he was headed home after a long day at the hospital, he returned to treat Steven (surely an act of divine providence). God was in control of everything.

Steven was rushed into emergency, triple bypass, open heart surgery. His heart was defibrillated three more times during the operation, resulting in burns on his back from the electrodes. 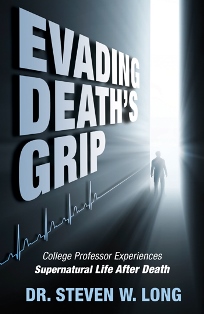 Unaware of Steven’s heart attack, his wife, Vicky, boarded a pre-planned 12-hour flight from San Francisco to Taiwan to celebrate the 20th anniversary of Global Champions. A leadership team met her at the airport, informed her of Steven’s dire condition, and rushed her to see him in the ICU.

After she arrived, the doctor lowered the medication, so he could regain consciousness and to see if he could recognize her voice. Vicky’s tender voice awakened him, “Hi Steve, it’s Vicky. I love you. I am here now, and everything is going to be OK.”

He opened his eyes, recognized her and tried to speak, but with all the tubes in his mouth and nose, he couldn’t talk. He looked frightened and his only words sounded like “Die” and “Help me.”

During his 23-day hospitalization, Steven had several near-death and out-of-body experiences, which he documents in his book Evading Death’s Grip.

“Standing next to the bed, I saw two hateful-eyed, wicked, nasty, mean, malignant beings who strangely appeared to be human,” he recounts in the book. “They looked like hospital workers, but I knew instinctively they were death’s emissaries.

“One stood next to me glowering with bloody, red eyes. He looked like a Chinese man, dressed in a blue zippered jacket with five Chinese characters written on the back, 死亡的幽灵 (loose translation—“spirit of death”). Next to him was a seven-plus-foot-tall, skinny Asian woman dressed in black.

“Who were they? Were they real people trying to kill me, hallucinations or possibly actual demonic beings? Why were they allowed in the ICU and who let them in? All I knew was that they were in my hospital room and their intentions were evil.