Top Posts
Knowing the One Who Always Keeps His Word
Pregnancy Resource Centers Fight For Life Amidst Opposition
This World is Not Our Home
Lessons Learned From a Gingerbread House
Let There Be Peace on Earth
‘I Wanna Dance’ movie: Whitney Houston’s success and...
Fact Finding, Sight Seeing, and Prayer Walking
Kidney donation led to 8 life-saving surgeries
The Power of Curiosity
When Love Came Down at Christmas
Home Tags Posts tagged with "Proclaim18"

NASHVILLE, TN (ANS – March 10, 2018) — Based on a true story and shot on location in India, Staines stars Stephen Baldwin as Australian missionary Graham Staines, who finds himself at the center of an investigation by an ambitious reporter when speculation mounts that he is illegally proselytizing leprosy patients.

The film, coming out in the fall of 2018, beautifully illustrates the age-old struggle between right and wrong, power and truth, and ultimately love and hate, “Where the quest for truth – writes the story of love.”

Peter Wooding, younger son of author, broadcaster and journalist Dan Wooding, who provides video for Global News Alliance and also writes for ASSIST News Service (www.assistnews.net) caught up with Baldwin at Proclaim18, the annual convention of the National Religious Broadcasters in Nashville, TN. 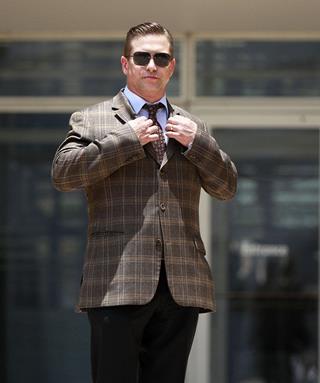 Wooding said a movie like Staines is quite a departure from something like Usual Suspects and asked Baldwin why he took on this role, which is so different to what he’s done in the past?

“Well, the Staines feature film, with actors like Shari Rigby, Charman Joshie and other cast members, is just such an incredibly compelling dramatic story that’s based on real life,” Baldwin said.

“It’s the true story of the missionary Graham Staines who was murdered in 1999 in India and it’s really the story of his life and his ministry. For me it was a blessing to be a part of an international project. It had a vision of being so dramatic and visually it is incredibly beautiful. It communicates a very powerful witness — a story of forgiveness — and we’re really excited about it.”

Wooding commented that Staines was a very soft-spoken man with an Australian accent. What that was like for Baldwin to portray him?

In an Australian accent, Baldwin replied: “Well, you know mate, it wasn’t so easy, but we figured it out. See, not so bad there off the cuff eh, brother?”

Baldwin continued: “The Australian accent? — I’m sure both my daughters have many Australian friends, and I know lots of fabulous people from Australia that are involved in ministry, so I’m sure they’re going to give me a real hard time about my accent when the Staines movie comes out! But I did the best I could, and that’s another kind of interesting character reality with my role in the film which was thank goodness Graham Staines — the character who the movie is all about — that’s named after him. He was such a gentle, soft-spoken, guy it actually made it much easier, less difficult actually, for me to do the accent, so it was fun.”

How does Hollywood, and Baldwin’s brothers, respond when he takes on much more faith-based roles?

“It’s just a blessing to be here — and about my family — and so and so I just recently did another project in partnership with another pastor named Colin Smith from an organization called Unlocking The Bible, it’s a radio show. He wrote this great book about The Thief on the Cross. We turned it into a stage play and then a movie, and it’s a wonderful book. It’s called Heaven How I Got Here, the Story of the Thief on the Cross. And again, as a performer, as an actor, to be able to do a stage play that became a movie that is the story of the Thief on the Cross — you can Google like Stephen Baldwin Thief on the Cross Movie — it’ll show you what this is. But with everybody in the Hollywood community and even my own family and other actors that are friends of mine, great acting speaks for itself; and passion speaks for itself. So that would be one of the projects that even my own family would look upon and say ‘did a pretty okay job with that one Steve.’”

With Graham Staines being such an inspiration to so many people, who have been Baldwin’s role models?

“Well, my dad was quietly one of my greatest influences. And then different athletic coaches and things like that were always very inspirational to me. And then, of course – finally — the ‘ultimate dad’ Jesus is the one that inspires me the most. No question,” Baldwin said.

Baldwin was asked what kind of feedback does he get particularly from younger men about standing up so boldly about his faith? 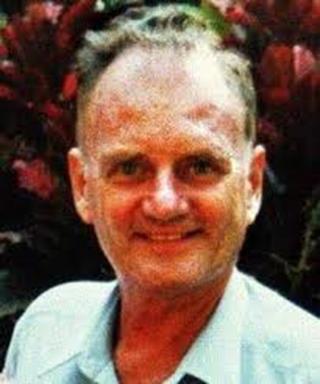 “A big ingredient that I believe is important in incorporating one’s walk of faith or your business or life and family is humor. I always tell my kids ‘if you’re not having a good time, what’s the point?’ That’s something my dad taught me. But now I subscribe to believing that same idea in the walk of faith. I mean if it’s supposed to be a happy, joyous, free experience — if it’s not — well what’s going on there – you know what I mean? So I like to try to empower and inspire and encourage people relevant to being joyful and having fun and enjoying this walk as much as you can.”

Wooding also asked Baldwin about his role in Celebrity Big Brother UK, since in the UK, the British can be a little harsh on Christians.

Baldwin said: “Celebrity Big Brother in the UK — that was quite a difficult task. I was in the Hell House that season, remember? Very interestingly enough, is this other docu-series I just produced called the Great American Pilgrimage which is available at www.Rt.com. That’s the Russian News Network RT where Larry King now has a show from CNN from the old days.

*ANS would like to thank Robin Frost for transcribing this interview for the news service.

**About the Writer: Michael Ireland is a volunteer internet journalist serving as Chief Correspondent for the ASSIST News Service, as well as an Ordained Minister, and an award-winning local cable-TV program host/producer who has served with ASSIST Ministries and written for ANS since its beginning in 1989. He has reported for ANS from Jamaica, Mexico, Nicaragua, Israel, Jordan, China, and Russia. You may follow Michael on Facebook at https://www.facebook.com/MichaelIrelandMediaMissionary , and on Twitter at @Michael_ASSIST. Please consider helping Michael cover his expenses in bringing news of the Persecuted Church, by logging-on to: https://actintl.givingfuel.com/ireland-michael