Top Posts
Knowing the One Who Always Keeps His Word
Pregnancy Resource Centers Fight For Life Amidst Opposition
This World is Not Our Home
Lessons Learned From a Gingerbread House
Let There Be Peace on Earth
‘I Wanna Dance’ movie: Whitney Houston’s success and...
Fact Finding, Sight Seeing, and Prayer Walking
Kidney donation led to 8 life-saving surgeries
The Power of Curiosity
When Love Came Down at Christmas
Home Tags Posts tagged with "racism" 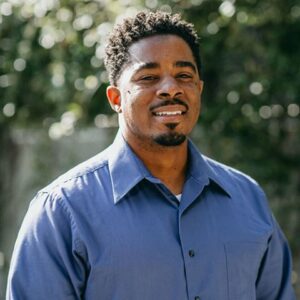 ORLANDO, FL (ANS)  Derek Chauvin’s conviction for killing George Floyd has returned race issues to the center stage of public discourse.  In a world rocked by racial turmoil and demands for justice and equality, some view the Christian church as part of the problem – white supremacy, discrimination, apathy.  Consider one faith movement’s efforts to become part of the solution.

Dax Palmer’s unusual career path is taking him from prisoner to pastor.  As a Black California drug seller, he experienced multiple incarcerations.  In the penitentiary, he found faith in Jesus.  Paroled in 2008, he pursued YMCA work, then joined the staff of a Raleigh, NC, Presbyterian church as community outreach coordinator.

Feeling out of place in the mostly white congregation, he encountered at a convention other African-American faith leaders who deepened his commitment to serve where God planted him.  “I felt like I could be a part of this,” he reflected to byFaith magazine.  He now helps church members engage with people of color and networks with leaders serving refugees, the homeless, and human trafficking victims.

Palmer also attends graduate school aided by the PCA Unity Fund, established in 2016 to help develop diverse leadership in the Presbyterian Church in America (PCA).  The fund assists men and women of various US minorities, including Blacks, Asians and Latinas/os. 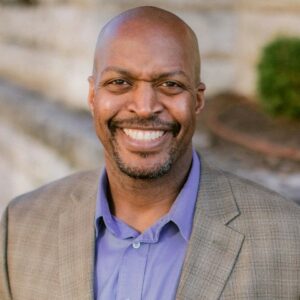 The PCA, founded in 1973, made news in 2018 by unanimously electing its first African-American moderator at its annual General Assembly.  (The moderator becomes the organization’s face for a year.)  That moderator, Irwyn Ince, directs a Washington, DC-area institute to train faith leaders in cross-cultural work, helping churches and organizations to “welcome others…[of] all cultures…as Christ welcomes us.”

Disclosure:  I’ve been a PCA member since its inception. But since I don’t regularly follow PCA national matters, I was unaware of these developments until a friend – knowing my racial equality interests – recently alerted me.  I learned more of the inspiring backstory.

At the 2015 General Assembly, octogenarian Mississippi pastor James Baird – a PCA founding leader – made an impassioned speech for racial reconciliation.  (More disclosure: Jim Baird was my pastor for several years.)

Speaking of the PCA’s launch, he said, “I confess that I did not raise a finger for civil rights. ….I’m not confessing the sin of my fathers, I’m confessing my sin, and of [his founding colleagues]. Were we racists?  No.  But we did not do anything to help our black brethren.”

One observer noted that “many…in the room began to weep. It was as if a great weight was being lifted off of us. We were finally beginning to be honest about our past and to confess it so that healing can come.” Participants “began flooding to the microphones to confess their sins of involvement in and complicity with racial injustice.”

The following year, the PCA officially proclaimed that it:

“… does recognize, confess, condemn and repent of corporate and historical sins, including those committed during the Civil Rights era, and continuing racial sins of ourselves and our fathers such as the segregation of worshipers by race; the exclusion of persons from Church membership on the basis of race; the exclusion of churches, or elders, from membership in the Presbyteries on the basis of race; the teaching that the Bible sanctions racial segregation and discourages inter-racial marriage; the participation in and defense of white supremacist organizations; and the failure to live out the gospel imperative that ‘love does no wrong to a neighbor’ (Romans 13:10).”

Similar sentiments and plans of action emerged from PCA leaders amid US racial turmoil in 2020.  Unity Fund beneficiary Dax Palmer feels “the PCA is putting its money where its mouth is…trying their best to help open the doors for other minorities….”

It’s an ongoing process.  May their tribe increase.

Editors:  For access to these images and more, check here, here and here.