Top Posts
Knowing the One Who Always Keeps His Word
Pregnancy Resource Centers Fight For Life Amidst Opposition
This World is Not Our Home
Lessons Learned From a Gingerbread House
Let There Be Peace on Earth
‘I Wanna Dance’ movie: Whitney Houston’s success and...
Fact Finding, Sight Seeing, and Prayer Walking
Kidney donation led to 8 life-saving surgeries
The Power of Curiosity
When Love Came Down at Christmas
Home ANS ReportsCulture ‘Emanuel’: Steph Curry movie documents Charleston church shooting forgiveness 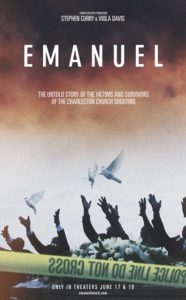 The list goes on of senseless violence targeting coworkers, students, worshippers, and others.  How would you react if you were a victim, survivor, or loved-one?

Some members of Charleston’s Emanuel African Methodist Episcopal Church shocked observers by appearing in court two days after Dylann Roof massacred their family members at a Bible study session, and telling him they forgave him.  Would I do that?  Would you?

NBA star Stephen Curry and Oscar-winning actress Viola Davis executive produced this penetrating and moving film about the June 2015 massacre.  Curry feels “the documentary highlights how a horrible tragedy can bring a community together, and spreads an important message about the power of forgiveness….  I hope the film inspires others like it does me.” 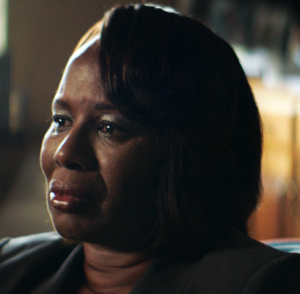 Davis adds, “Miraculously, from this devastation we witnessed tremendous benchmarks of humanity. The survivors found courage to love in the face of hate.”

Emanuel offers a stirring, revealing, insightful portrayal of the emotional process of meeting evil with grace.

Roof, a twenty-one-year-old self-confessed white supremacist, entered the historic black church with a concealed gun, hoping to ignite a race war.  He reportedly said Blacks were raping white women and taking over his country.

He almost relented, because the people in the meeting were so nice.  But when they closed their eyes to pray, Roof opened fire.  Nine died. 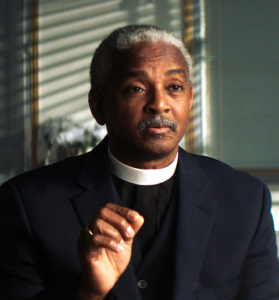 The next morning, the New York Times noted, Charleston police chief Greg Mullen called the episode “a tragedy…the worst night of my career…It is unfathomable that somebody in today’s society would walk into a church while they are having a prayer meeting and take their lives.”  Barack Obama delivered a eulogy at one of the memorial services, leading mourners in singing “Amazing Grace.”

No regrets, no tears

Roof remained unrepentant, the Washington Post reported.  Six weeks after the shooting he wrote in a journal, “I would like to make it crystal clear, I do not regret what I did…. I am not sorry. I have not shed a tear for the innocent people I killed.”

Emanuel church was nominated for a Nobel Peace Prize.  One film commentator said many family members’ attitudes exemplified Jesus’ words from the cross: “Father, forgive them, for they don’t know what they are doing.” 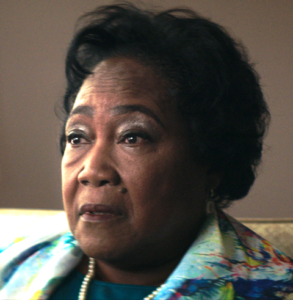 Polly Sheppard’s life was spared so she could “tell the story,” she said killer Dylann Roof informed her.

Rev. Anthony Thompson, whose wife, Myra, died in the assault, was surprised to hear himself speaking words of forgiveness to Roof at the initial bond hearing, and urged Roof to give his life to Jesus.  Thompson had not intended to speak, but said he felt God nudge him.

Of the episode’s lasting results, Thompson seemed optimistic.  He told Religion News Service in 2016, “Whites and blacks — regardless of what creed, denomination, religion or the color of your skin — they pretty much came together and unified and wanted to know what could they do to help….  That’s something that never happened in Charleston, S.C. That was a good thing.”

Thompson spoke at a predominantly white church where congregants publicly confessed their racism and decided to change.  He recalled, “They didn’t want to be like that anymore….So there’s hope. There’s hope. Believe me.” 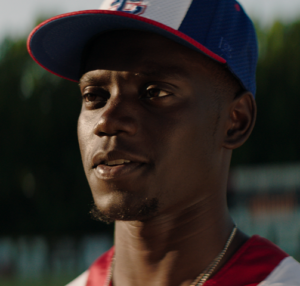 Others have a harder time.  Melvin Graham lost his sister Cynthia and struggles with forgiving Roof.  But, he hopes Roof will “ask God for forgiveness” and wonders if perhaps in heaven he’ll see Roof and Cynthia standing together.

The film is replete with poignant survivor interviews and press accounts that reveal the consequences – both agonizing and redemptive – of Dylann Roof’s life trajectory intersecting Charleston.

www.EmanuelMovie.com   In theaters two days only, June 17 and 19