Top Posts
Knowing the One Who Always Keeps His Word
Pregnancy Resource Centers Fight For Life Amidst Opposition
This World is Not Our Home
Lessons Learned From a Gingerbread House
Let There Be Peace on Earth
‘I Wanna Dance’ movie: Whitney Houston’s success and...
Fact Finding, Sight Seeing, and Prayer Walking
Kidney donation led to 8 life-saving surgeries
The Power of Curiosity
When Love Came Down at Christmas
Home ANS Feature The Incurable Romantic 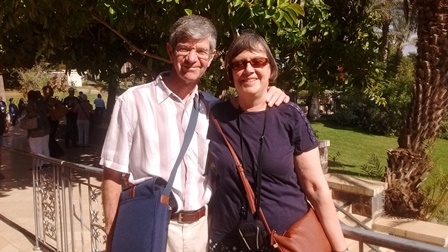 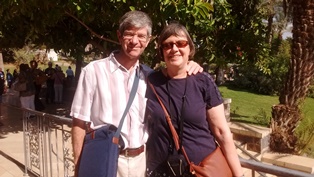 The world at large focuses on the romance of St. Valentine’s Day and, in the UK, we are marking the completion of Marriage Week.

My thoughts go back to a “sex talk” at the 2016 Keswick Convention — a gathering of Christians in England’s beautiful Lake District held every year since 1875.

Professor Glynn Harrison1 made the point that the Church’s reaction to the “sexual revolution” had been too negative and challenged his 3,000-strong audience to model the gospel through their marriages.

He is right. It is time the truths about God’s perfect plan for marriage were hammered home, both practically so that people can see that it works, and theologically.

The modern trend of couples “living together” has gone unchecked partly because the alternative has not been convincing enough. Few couples seem to display sheer delight in each other.

But I truly believe that marriage is made in heaven and that there is a direct correlation between the gospel and wedded bliss. God planned the institution right at the beginning of creation, and we are told in Genesis 2.24 that a man is designed to leave his father and mother and cleave to his wife, so that the two become “one flesh.”

In fact, the entire Bible narrative depicts God as a loving bridegroom in pursuit of a beautiful bride. Jesus identified himself as that bridegroom (Matthew 9.15) when he was revealed to the world as the Son of God – and even now the risen, ascended and glorified Christ is waiting in heaven for his bride to make herself ready for the time of consummation when he will return to receive her in a great celebration known as the ‘marriage supper of the Lamb’ (Revelation 19.9). 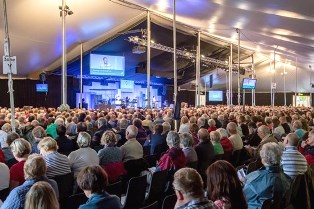 From Genesis to Revelation God pursues his bride, first identified as Israel, his chosen people2, and later expanded to include Gentiles also devoted to him. God says of Israel: “I have loved you with an everlasting love.” (Jeremiah 31.3) And even when their love for him cools, he still burns with desire for them. As we see from the Book of Hosea, God even witnesses the horror of his “wife” prostituting herself (to other gods and idols), yet He remains faithful.

As Professor Harrison put it, the ecclesiastical phrase “holy matrimony” is not for nothing. Marriage is “a holy way of life. We put the gospel on display to the world in our fidelity to each other. And God says, ‘That’s what my love is like’. You are a picture of the kind of love God has. You are saying, ‘I don’t do one-night stands, because God doesn’t. He’s always faithful.’”

God does not give up on us. But he is looking for a bride who is devoted to him. When you’re in love, you don’t keep each other at arm’s length. You draw as close as you can and gaze into each other’s eyes with adoration. Indeed, this is a picture of how God appreciates worship — whether we are dancing in exuberant praise or kneeling at his feet in blissful wonder.

As lovers caress each other with groping arms and gestures, so we should be engaging with the Godhead with our entire beings. As marital consummation involves both our bodies and souls, so should our worship of Christ. Should we not love him with all our heart, soul and mind (Deuteronomy 6.5, Matthew 22.37) and worship in spirit and in truth (John 4.23f)? It should never be a ritual, something done at a certain place and time with the aid of a formally structured ‘order of service’. We should surely surrender ourselves with abandon to his loving arms as we offer ourselves to his service and will.

But love is also practical. If we love God, we also love his law, as King David put it in Psalm 19. Carrying out God’s commands – by loving him, loving our neighbour, loving justice and mercy and living unselfishly for the benefit of others – should become part of our nature as we grow in the overflowing grace of God. A husband wishing to please his wife may need to hoover the house.

Having said that, both emotion and devotion is involved for a couple who are truly in love. And surely the Lord who created these intense feelings desires that we should also express them towards him? He is, after all, the ultimate Bridegroom gathering together all those whose devotion is total and unwavering, unlike the foolish virgins who allowed their lamps of ardour to burn out (Matthew 25.1-13).

Despite all today’s emphasis on sex, a survey has concluded that people are actually having less of it, according to Prof Harrison. And in making the rather startling statement that “our bodies drive us to the gospel,” he explained that we can never be wholly satisfied with sexual intimacy alone. We are made to desire something greater and higher, reflected by the psalmist when he writes: “As the deer pants for streams of water, so my soul pants for you, my God. My soul thirsts for God, for the living God.” (Psalm 42.1f) 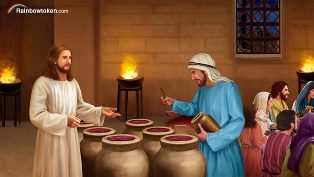 Yet human love is also well expressed in popular songs, the writers extolling the unbounded joy and delight of discovering, when you fall in love, that you simply can’t have enough of it. One of my favourite songs is the incredibly romantic Some Enchanted Evening (from the Rodgers and Hammerstein musical South Pacific) which tells of when, as the lyrics go, “you may see a stranger, across a crowded room, and somehow you know, you know even then, that somewhere you’ll see her, again and again.”

My wife Linda and I met as strangers on a blind date organised by mutual friends. But God — the incurable romantic — was behind it. Six months earlier, on a tour of Israel, Linda was visiting Cana in Galilee, where Jesus turned water into wine at a wedding. As she watched monks playing guitar in the church reputed to have been built on the site where the miracle took place, she suddenly caught a vision of her own wedding; she could even see the groom, though his back was turned.

Around the same time, an elderly friend of mine, Denis Penhearow, rang me to apologise for not having attended the funeral of my late wife Irene as he had been ill. He was an intercessor in our church — praying on behalf of others for needs both great and small. And he told me that, as he had been praying, he had a vision of a smiling Irene reaching down from heaven with arms outstretched as if she was letting me go and urging me to marry again. Denis then added very confidently: “You will know who this (new bride) is before the end of the year (2000).”

Linda and I met on November 18th that year and were engaged before Christmas, much to the surprise of her parents.

As with marriage, so with God… If you haven’t yet fallen in love with Jesus, you may not have become aware that he has been consistently romancing and courting you. But he won’t force himself on anyone; he wants the feeling to be mutual.

He loved you so much that he allowed wicked men to nail him to a cruel cross. But it was meant to happen because it was necessary for a perfect sacrifice to be offered for our sins. “For God so loved the world that he gave his only Son that all who believe in him should not perish but have everlasting life.” (John 3.16) 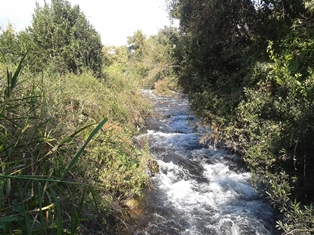 As for Israel, his love for them has never waned and he longs for them to return it, as many “Messianics” are already doing throughout the Jewish world.

When you recognise that he loves you, you surely can’t help responding by falling in love with Him. And when it becomes a mutual love — knowing that God loves you and you love him – it’s the most amazing experience you will ever have.

He doesn’t offer us dry and dusty formalism, or repetitive ritual, but a love that never stops flowing. And though tears may flow in this life, the future is one of unbounded joy and happiness as we bask in ‘married bliss’ with our Saviour and Messiah.

Meanwhile we join the rest of God’s chosen people in making elaborate preparations (essentially by inviting guests – i.e. sharing the gospel) for the biggest wedding of all, when the Lion of the Tribe of Judah, the Root and Offspring of David, returns for his bride. (Rev 5.5, Rev 22.16, Rev 21.2)

Photo captions: 1) The author pictured with Linda last autumn in Galilee, not far from Cana, where she had a vision of her wedding. 2) Inside the Keswick Convention. 3) Jesus turns the water into wine at Cana. (https://www.rainbowtoken.com/) 4) Like streams of living water, God offers us a love that never stops flowing. (John 7.38). 5) Another picture of Charles Gardner with his wife, Linda.