Top Posts
Colorado football coach Sanders’ unabashed faith
There’s A Light That Enters Houses With No...
Knowing the One Who Always Keeps His Word
Pregnancy Resource Centers Fight For Life Amidst Opposition
This World is Not Our Home
Lessons Learned From a Gingerbread House
Let There Be Peace on Earth
‘I Wanna Dance’ movie: Whitney Houston’s success and...
Fact Finding, Sight Seeing, and Prayer Walking
Kidney donation led to 8 life-saving surgeries
Home ANS Reports Three year exile in Kurdistan ends for ten-year-old Iraqi girl and her family 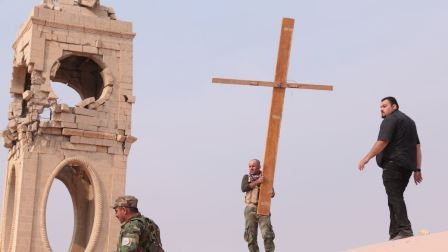 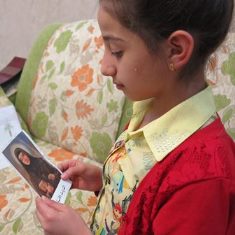 QARAQOSH, IRAQ (ANS — January 27, 2018) — After nearly three years in exile in Kurdistan, a 10-year-old girl, and her family, who fled the genocidal violence of Daesh, also known as ISIS, have returned to their home town, in Iraq.

According to a press release by the Catholic charity, Aid to the Church in Need, or ACN (www.acnuk.org), Helda Khalid Jacob Hindi, the 10-year-old girl, who has gone back to Qaraqosh on the Nineveh Plains, with her parents and younger brother, spoke to ACN about the night of August 6th, 2014, when Daesh (ISIS) seized her home town.

“Alarm bells rang out in our streets — we had to escape the living hell of violence and terrorism,” the young girl said. “I went along, crying, with no hope of ever returning to my town, my school — with no hope of ever seeing my friends again. We had no idea how long we would be displaced from our beloved city. The days passed and we lived in torment and tragedy until we got used to it.”

According to the release, Helda also stated: “I was sad, clinging to hope of returning to my old school, but I made new friends. And today, by God’s grace, we have returned to our town and I am back in my old school among my old friends.”

She told ACN that her faith had sustained her through difficult times.

“We had only God, and we never stopped believing in His power and His mercy for all those hurting in Iraq and around the world,” she stated. “Whenever we approach Him in prayer and faith, we feel joy and confidence without end. My family, friends and relatives never felt that God was far away from us. As far as I can see into the past, God has been with me always.” 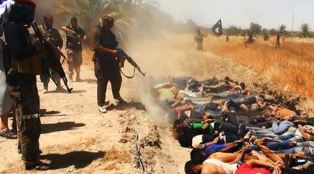 Helda went on to say, “God is with me everywhere and I make sure to always keep nearby some pictures of Jesus Christ and a Bible.”

According to the release the young girl, whilst calling for assistance from the international community, said: “My message to the West is to do as much as possible to support Christians in Iraq because they are close to extinction.

“Help us. Have compassion, and you will be rewarded by the one who is in heaven. We want stability and peace. Let’s work together and pray together for peace and love — for all of us.”

Aid to the Church in Need has revealed that up to 44,000 Christians had fled Qaraqosh — a Syriac Catholic majority town — when it was seized by the Islamic extremists.

The majority, the release said, sought shelter in the Kurdistan capital of Erbil, where ACN has backed the local churches’ emergency aid programme — which included building eight schools so that children could continue their education.

It also revealed that ACN is working with the Nineveh Reconstruction Committee to rebuild Christian towns and villages in Iraq. 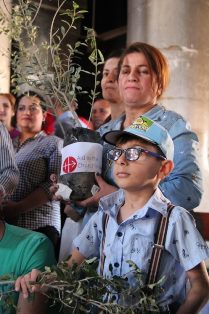 They (Nineveh Reconstruction Committee) have renovated 188 houses to date and are planning to renovate a further 554 homes in the towns of Qaraqosh and Bartella, it went on to say.

Aid to the Church in Need UK is a registered charity in England and Wales (1097984) and Scotland (SC040748). ACN’s main UK office is in Sutton, Surrey, and there is a Scottish office in Motherwell, near Glasgow, and another based in Lancaster, which covers the north-west of England.

Frank Drown, the veteran American missionary who made history back in 1956, has passed on to his eternal reward at 95