Top Posts
Knowing the One Who Always Keeps His Word
Pregnancy Resource Centers Fight For Life Amidst Opposition
This World is Not Our Home
Lessons Learned From a Gingerbread House
Let There Be Peace on Earth
‘I Wanna Dance’ movie: Whitney Houston’s success and...
Fact Finding, Sight Seeing, and Prayer Walking
Kidney donation led to 8 life-saving surgeries
The Power of Curiosity
When Love Came Down at Christmas
Home ANS Feature Tilt: Finding Christ in Culture, a Cascade Book Release

ALBUQUERQUE, NEW MEXICO (ANS)—I’m happy to announce that my book Tilt: Finding Christ in Culture is now available by Cascade Books.  My only regret is that Dan Wooding is not alive to see it. I owe much to Dan. Being Dan was largely responsible for my journalistic endeavors, the book is the product of his persistence that I write. 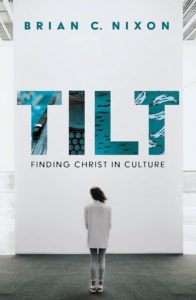 Here’s what I state in the acknowledgments section concerning Dan: “I’m grateful for journalist Dan Wooding for opening the door of journalism.  Narrative journalism has been an adventure, a writing repose.  Consequently, most of these articles were birthed through ANS News…”  And I highlight Dan in a couple of areas in the book, under the “Journalism” section and the other in the “Typewriters” section.

And before Dan received his heavenly reward, he wrote this endorsement for the book:

“I distinctly remember the first time I brought Brian with me to cover a story.  It was in Beverly Hills, California.  I was doing an article on the actress Jane Russell, the woman often compared to Marilyn Monroe.  I asked Brian to find a complimentary story.  He determined to write about Russell’s companion, a cowboy from New Mexico.  And the angle Brian took?  He wrote about the gentleman’s ostrich boots!  I knew then and there Brian has a unique eye, finding things many of us don’t see or overlook.  In these pieces—many beginning as articles for ANS News—Brian uses his keen insight to find fascinating correlations between culture and Christ.  His many articles for ANS largely fell under the culture section of our news service.  And over the years he’s become one of the favorite writers of readers from around the world, my son, Andrew, being one.  I count it an honor to introduce you to a fine thinker, writer, musician, and journalist.  Together we’ve had many journeys together, and I’m honored to introduce some of these adventure to you through Tilt:  Finding Christ in Culture.  I highly recommend this book.” 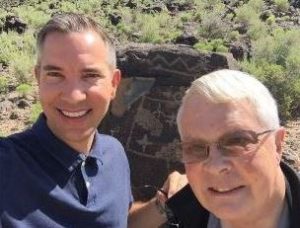 As a Theo-poetic work, I act as a cultural guide in Tilt, taking readers on a voyage of discovery, traveling the currents of God’s presence in culture, summed up in four streams that define a noun: people, places, things, and ideas.  In this journey, I touch upon people as diverse as Andy Warhol, Cormac McCarthy, Robert Redford, and Georgia O’Keeffe; places such as Canterbury, England and Las Vegas, Nevada; things as unique as typewriters, trains, and birds; and ideas as fascinating as beauty and mathematics. In these short pieces I hope to elicit intelligent discussion and poetic articulations, prompting a head tilt from those who join me on a theo-cultural expedition.

Though Dan is in heaven, his fingerprints are still manifest in many places.  Because I was able to join him on several of his excursions, it’s in his memory that I post this article.

To learn more about the book, click here: https://wipfandstock.com/tilt.html.