Installation of the transmitter was completed this spring after more than 1,700 supporters of TWR (also known as Trans World Radio) provided the $593,000 cost of the project. And since the transmitter was funded, over 500 people have already donated to provide programming for the region. 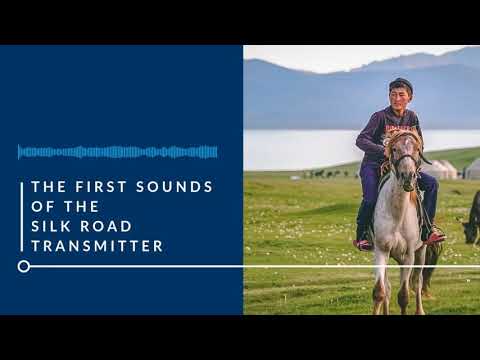 Going out first on the Silk Road airwaves, beginning at 10 a.m. U.S. Eastern Daylight Time (UTC 14:00), was Radio Bible Project followed by the acclaimed Bible-study program Thru the Bible, both in the Kazakh language. Programs in Central Asian Russian, Uyghur and Uzbek rounded out the first broadcast day.

“TWR is privileged to have been granted permission to broadcast with a powerful 200,000-watt facility to Central Asia,” TWR President Lauren Libby said. “The Silk Road Transmitter will touch an additional 60 million people in this spiritually hungry region. Please join us in praying for this once-in-a-lifetime opportunity.”

Although the Silk Road conjures images of camel caravans carrying valuable fabric, spices and other commodities along the ancient trade routes, today the region is at the heart of China’s endeavor to link Asia and Europe in a massive economic-development project. But the countries here are also mostly rated as “not free” and Christians face a “very high” level of persecution, watchdog organizations report.

“We were doing a lot of home [church] groups after 11 o’clock at night because after 11, police go home and are not working,” Central Asia pastor Makhset, whose last name has been withheld for security reasons, told a TWR missionary video team. “When we had no Bibles, we heard from Trans World Radio some preaching and encouraged each other. Media and Trans World Radio, I think, are very important to our country.”

TWR has been broadcasting in Central Asia for more than two decades, but the Silk Road Transmitter represents a significant upgrade over a previous transmitter that wore out in early 2017.

Broadcasting continued to the region from other TWR transmitter sites but had to be scaled back. The stronger Silk Road signal covers large portions of six countries – the core area comprising Kazakhstan, Uzbekistan, Turkmenistan, Kyrgyzstan and Tajikistan. The five languages broadcast over the transmitter are spoken by people groups mostly classified as unreached by the gospel.

In addition to the in-depth study of Thru the Bible and the Scripture readings and explanations of Radio Bible Project, Silk Road broadcasts include programs such as House Church, Power in Persecution and The Christian Home. Another powerful program is The Way of Righteousness, which has been highly effective at introducing the gospel to Muslim listeners from the perspective of their own faith.

Food For The Poor Collects Canned Goods to...